Last week, I had the pleasure of attending a complimentary dinner at City Kitchen for media types, which I am occasionally considered thanks to my WRAL Out and About posts. This dinner was put on by Giorgios Bakatsias himself, owner of the Giorgios Hospitality Group and a man who has opened upwards of 60 restaurants in his years in the kitchen and in front of the house. 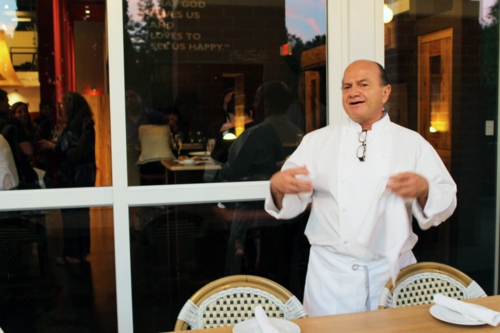 You may recall that I recently reviewed City Kitchen, and I enjoyed it, although there were a few quality issues and I had a fun time poking fun at it being yet another restaurant in the French-American bistro trend. Well, what I learned from this dinner is that Giorgios really believes in the concept of this restaurant. He talked at length about what he envisions an American bistro to be, including his desire to “maintain an honest approach” to food. Braising, stewing, and all manners of slow-cooking meats will be the norm for the fall menu, and lots of shellfish will always be available. City Kitchen takes influences from all over the world, and he wants it to be a place for people to come together and enjoy their time over food. 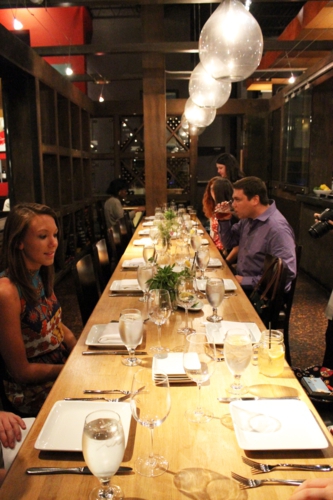 Our dinner table setting in the wine cellar, certainly reflective of the philosophy Giorgios described. The centerpieces were bunches of basil and marjoram.

My thoughts after hearing him speak? “Fine, I’ll let my cynical guard down this time, Giorgios!” A good thing, too, because there was plenty to enjoy, starting with our cocktail and appetizer time in the bar. 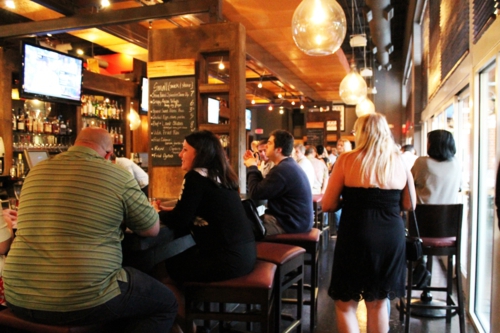 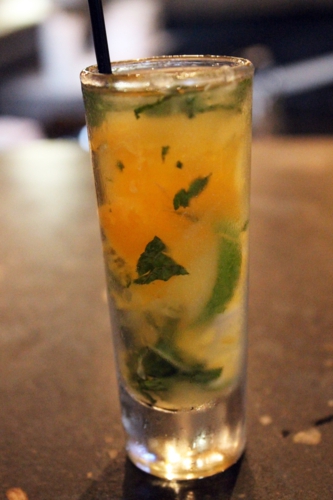 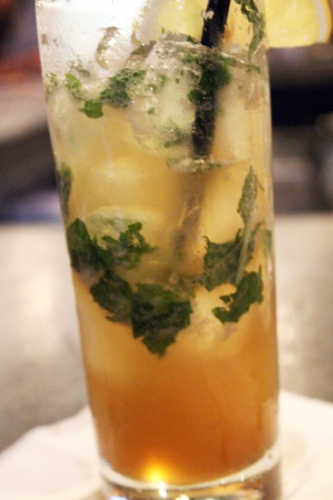 — with its unique flavors of sweet moonshine corn, and the Walk With Your Clothes On (vodka, lemon juice, ginger, simple syrup, lemon bitters, Scrimshaw Pilsner). 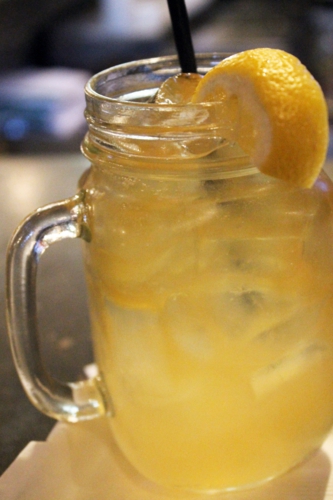 That was my personal favorite, and the citrus tang was such a pleasant combination with the complex flavors of ginger and pilsner.

There was so much amazing about this meal that I’m only going to comment on what most tickled my taste buds — it would be impossible to do justice to it all. We were spoiled, and those quality concerns from my previous trip? Completely banished from my mind. Everything was fabulous. They were nearly all dishes available on City Kitchen’s regular dining menu. First, the appetizers. 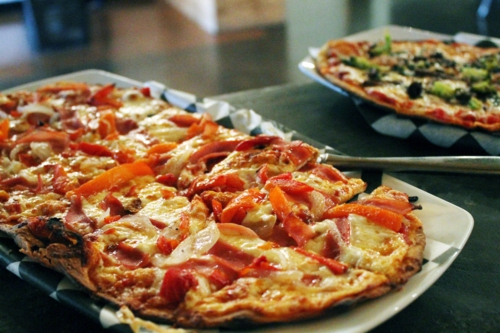 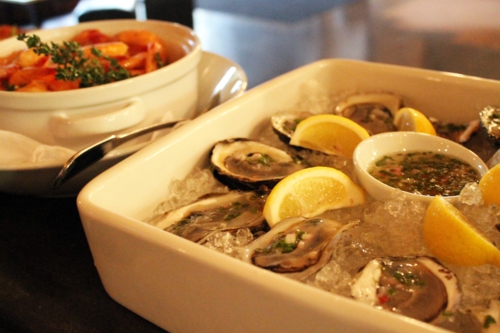 The Bluepoint oysters in this picture are the first raw oysters I have enjoyed, for the record. They tasted silky and sea-air refreshing, and they were enhanced by the light herb sauce that accompanied them. However, they went best with a chile-spiked cream sauce served with another dish! 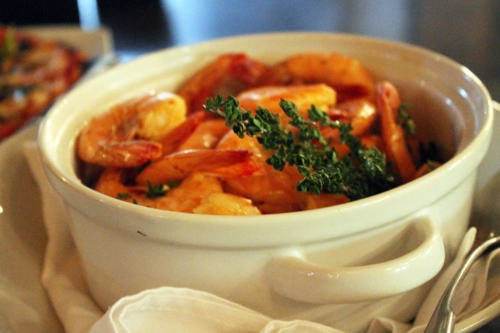 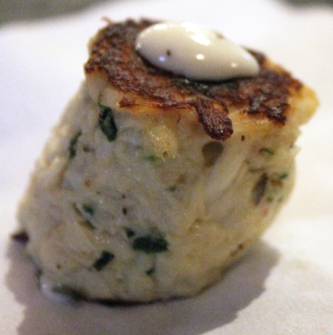 That was the single best crab cake I have ever had. Such amazingly sweet crab meat. 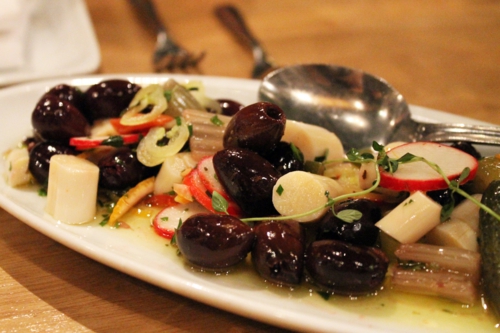 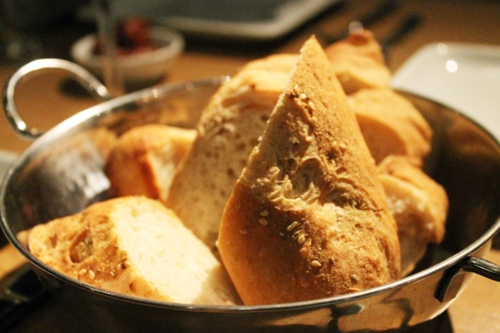 Bread baked in-house was served with City Kitchen’s harissa ketchup, which I’m still not sure I like–too pasty. But we were also served their hummus, and it was one of the creamiest, simplest ones I’ve had. 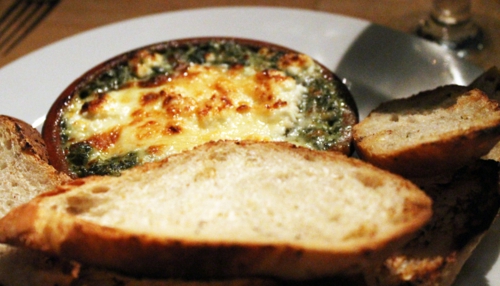 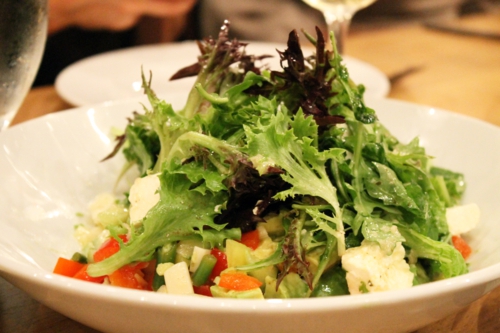 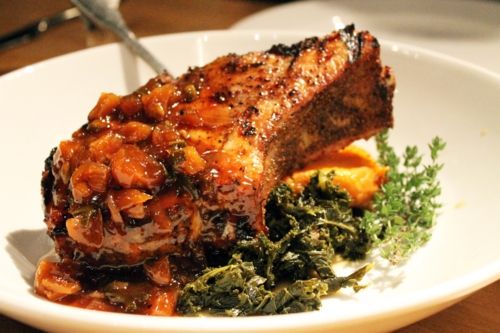 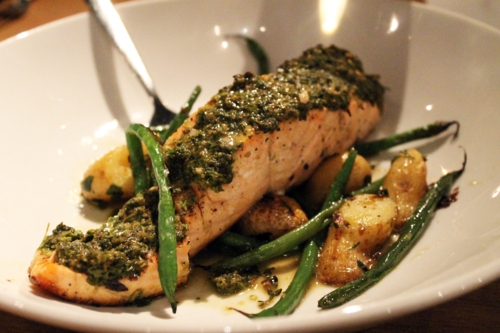 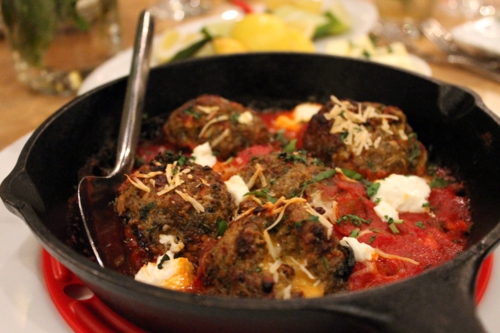 Those meatballs were probably the best of all the dishes, and I don’t say that lightly for beef dishes, which I often find unimaginative. They were very tender, and the fluffy mozzarella cheese and tomato warmth were excellent complements. 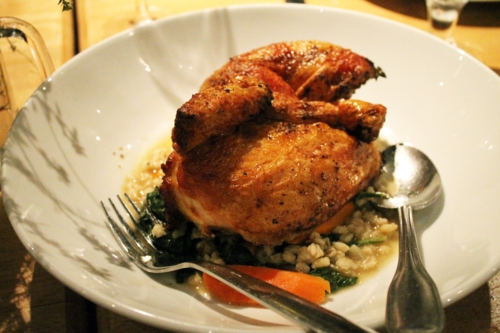 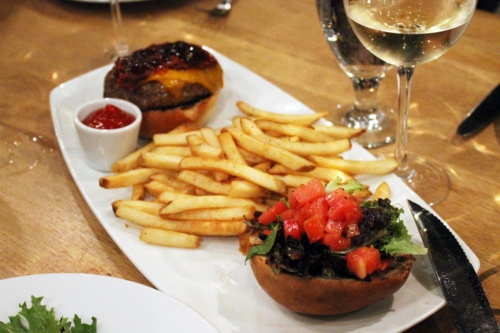 The CK burger with bacon-onion marmalade and glazed tomato jam. 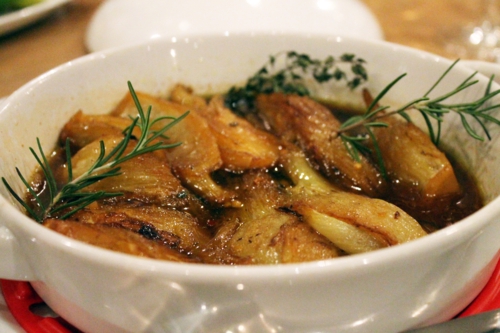 Fennel cooked in a saffron sauce.

That dish was one Giorgios took special pride in. I loved it, but then I love everything about fennel. There was also a scallop dish served with an orange-fennel salad that showed off scallop-cooking prowess, and wok-fried ribs that are not to be missed. They are baked first and then finished in a wok for extra crispness. Their cola and sriracha glaze was amazing and the meat fall-off-the-bone perfect.

And then, of course, there was dessert. Their descriptions sound simple, but the actual desserts were anything but typical. 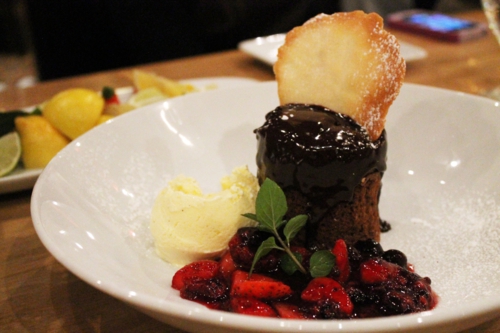 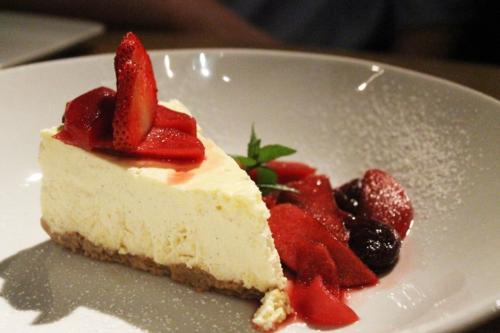 The cheesecake pictured above was amazing. I often bypass vanilla cheesecake as boring, but that’s a mistake in this case. 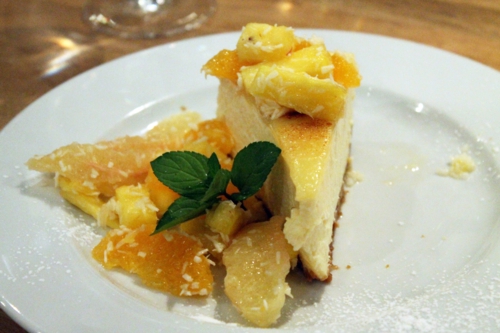 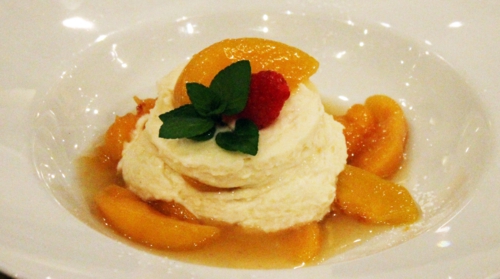 That panna cotta was also a stand-out option.

As Giorgios described, “The influences we have as Americans gives us the chance to interpret the Old World as we want.” 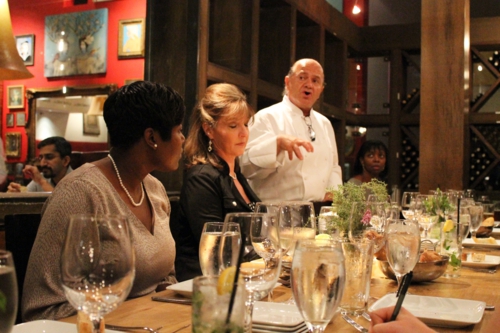 Giorgios explaining the dishes to us.

That’s certainly evident in a menu that marries sushi with pizza and roast pork, and I think it was effectively conveyed in the dishes we sampled this evening as well. I’m glad I had the chance to meet Giorgios and to encounter City Kitchen anew, and I thank them so much for the free and mouth-watering meal.