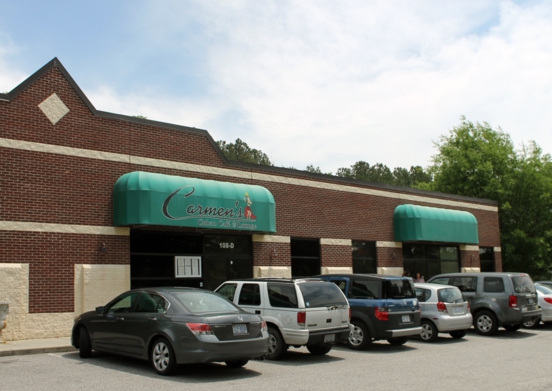 I have wanted to check out Carmen’s for a very long time, because it was the only Cuban option (at least, the only one I know about) in the Triangle for years. In the past three, both the Old Havana Sandwich Shop and Cuban Revolution have come to the area as well, and they both have their plusses and minuses, so I wanted a third option to rank. Or rather, I just hadn’t made it to Carmen’s yet and finally got around to it.

It’s located in a strip mall right off of I-40 and across the way from the nearly abandoned Morrisville Outlet Mall — though I hear there are plans to make that into a Chinatown complex? The location is assuredly nondescript, but inside, Carmen’s has a rich gold palette. 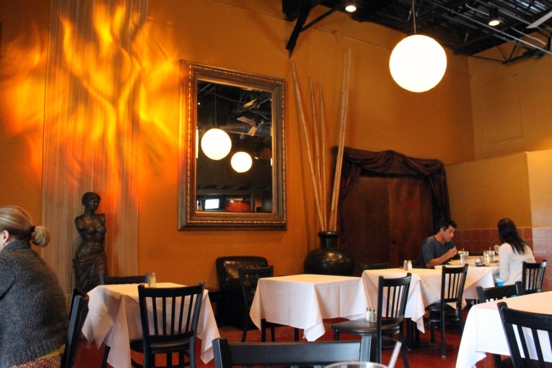 On weekend nights, it transforms into a Latin American and world music club. But I was there during lunch, so no salsa lessons for me. Lunch features a selection of sandwiches including a traditional Cuban and more American options like hamburgers jazzed up with mixed mustard and mayo and ham on top. There is a changing selection of nine entrées on a weekly schedule, and all the options come with choices of rice, beans, yucca (boiled or fried), and plantains (maduras or tostones). The plates on this day included tilapia frita, masitas de puerco, bistec empanizado, and arroz con pollo. The dinner menu expands on the entrée selections, including intriguing seafood selections like mariscos a la Carmen’s: lobster, shrimp, clams, mussels, scallops and fish in a Caribbean-infused sauce. Cuban coffee is available in addition to malta, materva, ironbeer, jupina, jumex juice, and typical US sodas. I ordered a cubano con leche, and it had way more milk than I’m used to for Cuban coffee. 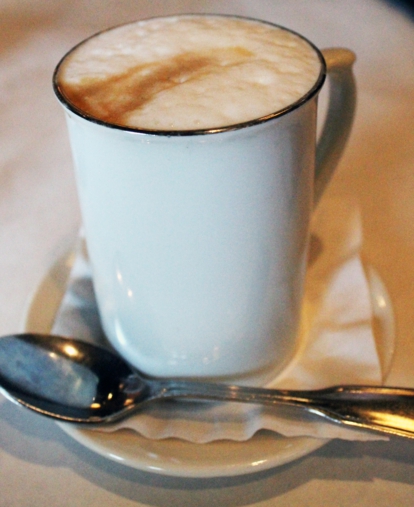 Both my companion and I decided on the frita habanera for lunch, a sandwich made with a mixture of chorizo, pork, and beef in the patty and topped with raw onions and shredded, fried potatoes. 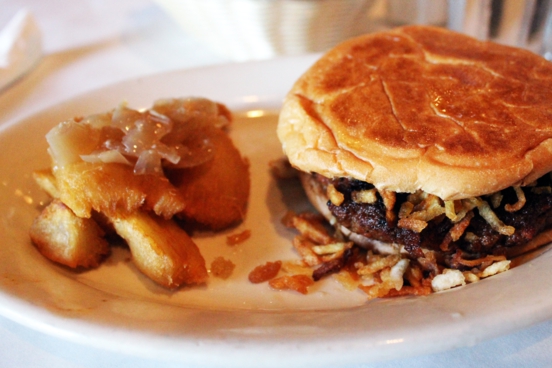 First the bad: The raw onions and fried potatoes were detrimental to the sandwich. Chopped finely, they mostly fell off when I would lift up the burger, and unlike some hamburger toppings, these weren’t appealing on their own. The potatoes tasted stale and chewy, like they’d been fried a few days ago. It was a dry, dry sandwich and the toppings did nothing to aid that. Now the good: The sautéed and slightly marinated onions were delicious with the fried yucca. The yucca was a salivating texture and fried beautifully, but they could have used more flavoring even with the onions. I really liked the greasy, flattened sandwich bread — those could both be negative adjectives, but I think it worked for this meal. The patty itself was very dry, but I liked the unique flavors of the meats in combination, and that kick from the chorizo kept me going back for more bites.

My friend opted for the maduras plantains as her side. 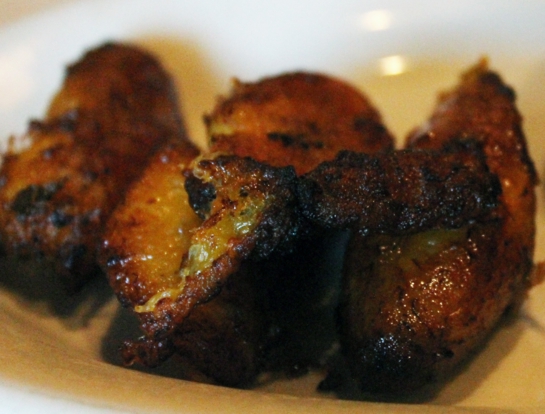 I tried one, and it impressed. Great crust on the plantains and delicious flavor.

It was my birthday, so we split a slice of chocolate tres leches cake ($3.95). 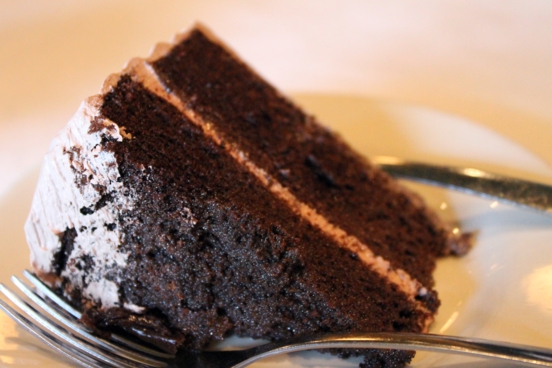 I love tres leches cake, but everyone makes it differently. That said, Carmen’s makes it most different of all because I’d never seen a chocolate one! The cake was soaked extremely well, reaching that moist event horizon where it’s almost too much but so, so not. It had some dry spots, but I’ve had a string of bad tres leches slices, and this one was on the opposite end of the spectrum. I enjoyed the novelty of using chocolate for it, but the strangest part of it was the frosting. It was similar to that grocery store buttercream in texture — you know, that bit of filminess? — but it was a higher quality version of that and one I could eat and appreciate. A great tres leches slice with a little room for improvement.

Carmen’s gives good dessert, and I think it comes out ahead in terms of yucca and plantain sides, but the coffee and the sandwich were not on the same level as the other Triangle offerings. I’m willing to bet that their entrees make them more of a contender, however, based on the quality of those sides.

One thought on : Carmen’s Cuban Cafe