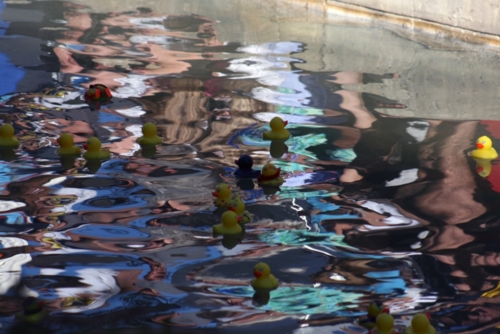 For the third or fourth year (reports vary) the American Tobacco District hosted the Great American Duck Race. I finally remembered it in time to attend this year, even though I didn’t get nearly enough duck-in-action shots as I would have liked due to that faulty camera of mine. Sadly, Ben couldn’t come, even though he was the first to notice signs for it a few years back. Someday, husband mine, you and the ducks will be together!

So it’s basically a family fun affair put together by Fox 50. In addition to the main attraction, where individuals can purchase rubber duckies to race for $10 (corporate donors for $250) and support local charities, there was a petting zoo, 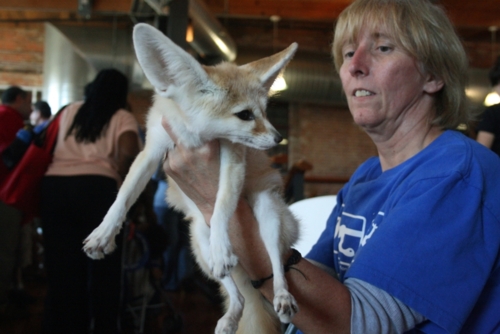 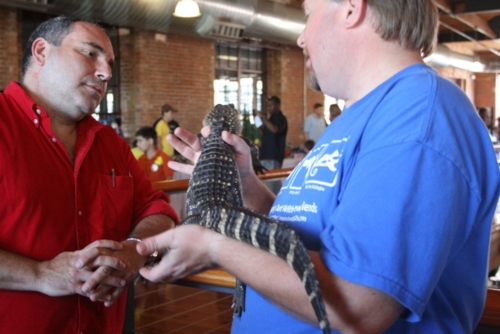 Small breed of alligator or crocodile 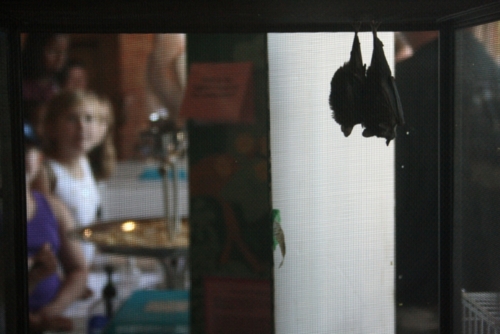 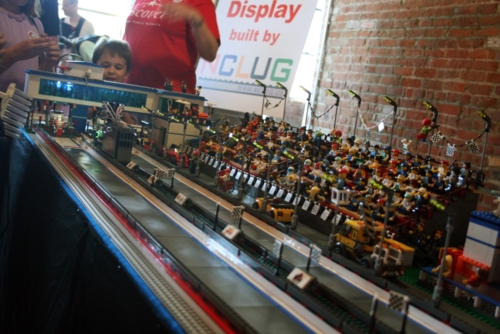 Yes, that cow is being transported to a UFO, and it is AWESOME.

planetarium, and video gaming center on hand to keep everyone entertained. And that was just in one of the District’s side rooms. Out on the green 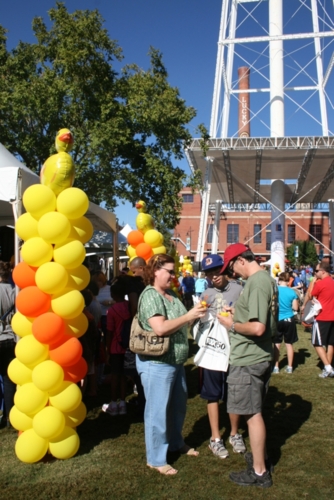 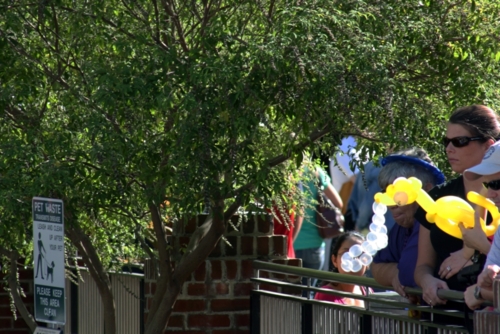 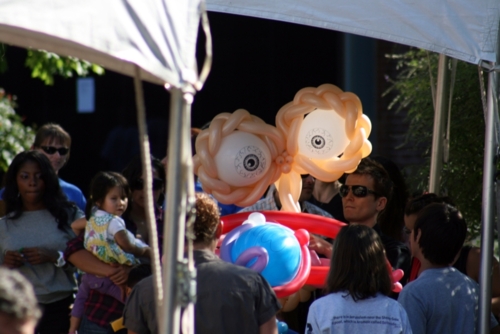 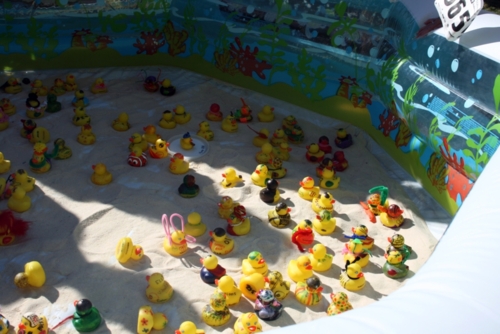 Excitement mounted as the ducks were taken to the start line to begin the race. It was impossible to have a good view of all of Ol’ Bull River (who knew it had a name?), so I got a spot in the middle section. My first view of the racers came as they started to trickle in under the bridge. 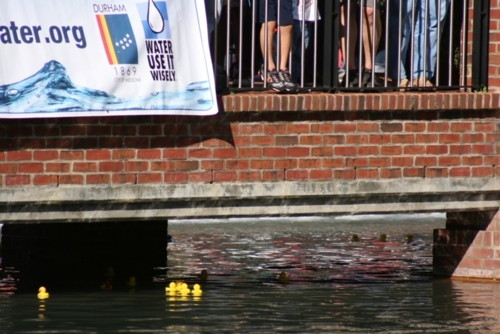 We cheered, then we figured out that those ducks were way off track. The pack leaders were swimming in the lane, as any good leader would know to do. 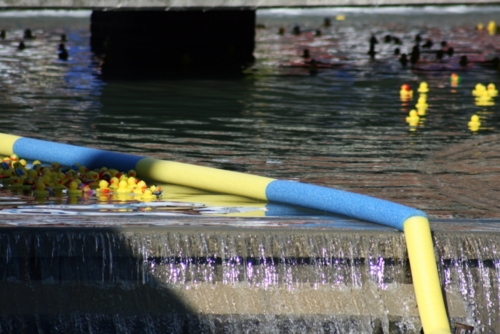 Of course, they were on the brink of a dangerous waterfall! I can only imagine the fear as the rubber duckies plunged over the side of it. 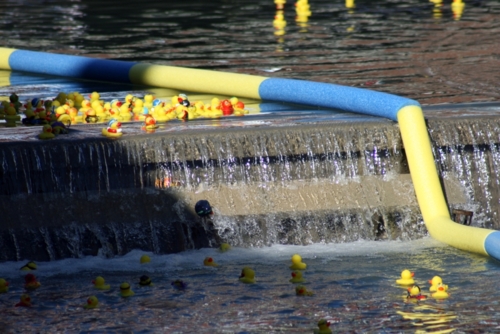 At last, we had the leading group right in front of us, soaking up our cheers. 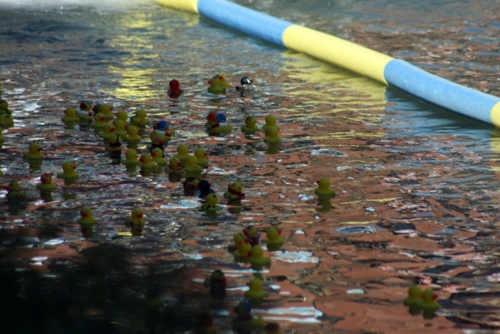 Really soaking them up—rubber duckies don’t move first, folks. There’s no hurry in their lives. So much so, that the duck wrangler had to be called in to help them along with some gentle prodding. 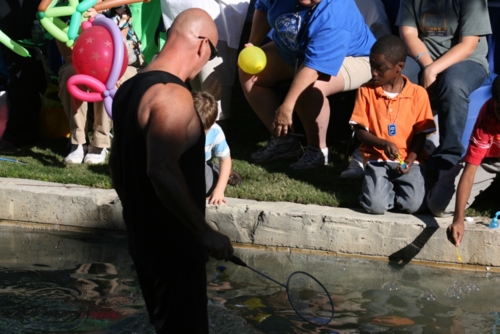 And then, my camera crapped out. For some reason, they continued the race anyhow! The finish line was right in front of Tyler’s and awards were given to the 1st, 2nd, and 3rd place finishers in both the individual and corporate groups.

I arrived about an hour before the race and that was the perfect amount of time for a childless adult to look at the exhibits, eat a locopop, and get a spot to watch the race. If you come with children, you should definitely come earlier and make a day of it. Frankly, I had a lot of fun and would totally go back next year, on 10.1.11. Want to come?