Saturday, I spent the afternoon and evening checking out SPARKcon for the first time.  It’s a local event that brings together ideas, art, food, music, gaming, and whatever else people want to add down to Fayetteville Street in Raleigh.

We began by strolling up the road and checking out the chalk art.  Here are some of my favorites: 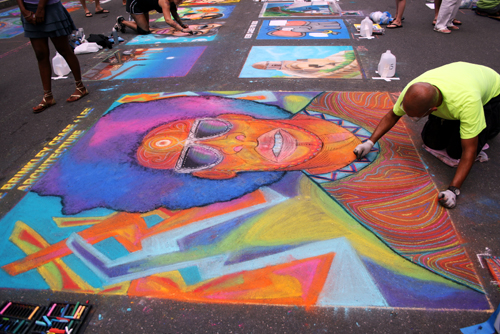 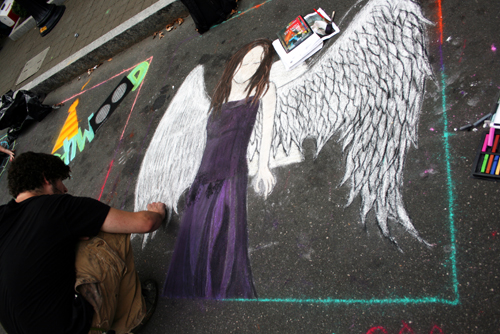 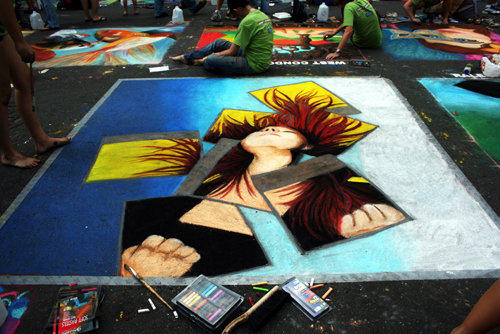 Next up was the barrel monster, Barrelasaurus, who wanted to eat me. He did not seem as friendly as the first one, who kindly directed traffic while getting his creator into a heap of trouble. 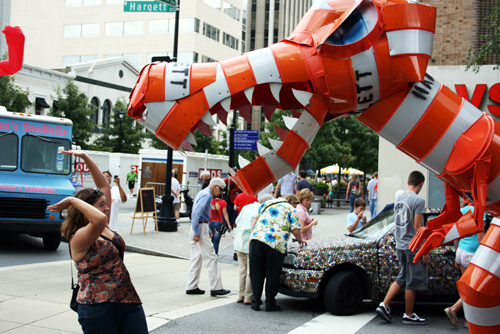 Besides the barrel monster was a fun bottle capped car.  A lot of work sure, but not as cool as the THEM car that drives through Santa Cruz, CA.  Until I see a giant ant on a roof, I’m not sure the Triangle will ever be Santa Cruz cool, but where else could be, really?

We then checked out some graffiti art and the POD installations.  I’m still trying to figure out why Raleigh preserving the view between the Capitol Building and the Progress Energy Performing Arts Center is a bad thing, as one of those artists seemed to claim, but I found the caution-taped living room full of newspaper clippings and the room full of vines and pictures of romanticized “savage” women interesting.

We then looked at the locally created games at gamingSpark, or rather Ben did, since I know nothing of gaming and only play maybe one RPG a year before I get bored of them for months.  There was one that intrigued him but for the most part, he felt they needed to break from the mold of already established game types.

After that came my main event, the sipSPARK Shake Down, featuring 10 local bartenders in a match to claim ownership of a strange, blue and silver trophy.  The MC, who was either Zach or Trent or Travis (I’m a great reporter) was hilarious as was the lawyer judge-I’m not sure which of those two got plastered faster.  The event was full of tutus- 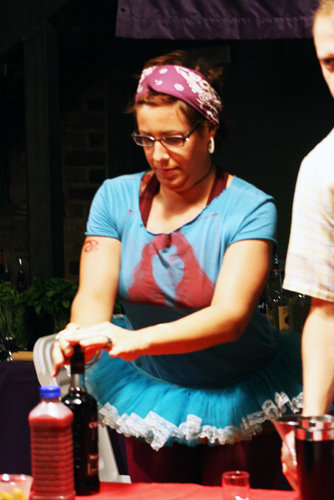 –and drinks that looked delicious from afar. 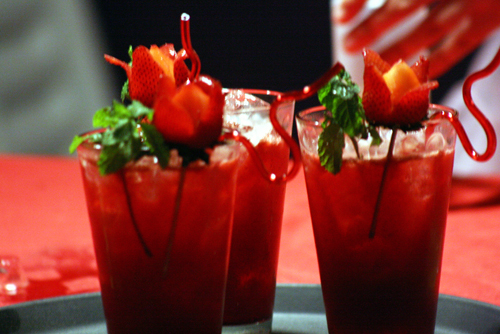 Anyhow, I was rooting for Jarred Gatewood of Jujube as I love his drinks. He made it to the final round. 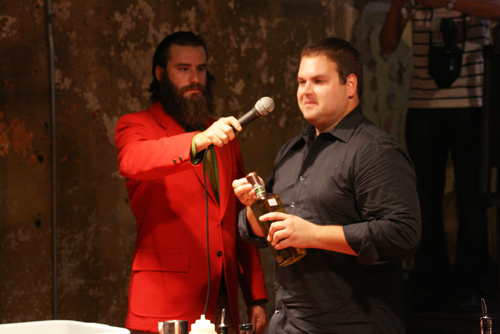 But alas, he either came in second or third, with the win going to Jordan Hester of Foundation in the final scuppernong grape shake down.  But really, I was happy with the results and it was absolutely the most entertaining event I went to at SPARKcon.  We need more bartending competitions in the Triangle!  I’m telling you all right now, I would pay to go and watch (and drink).

We finished our SPARKcon day with a quick walk through the experimental video room, which reminded my husband of his college days a bit too strongly.  As with the POD installations, I don’t really get this type of art but I like to take a quick peek anyhow. 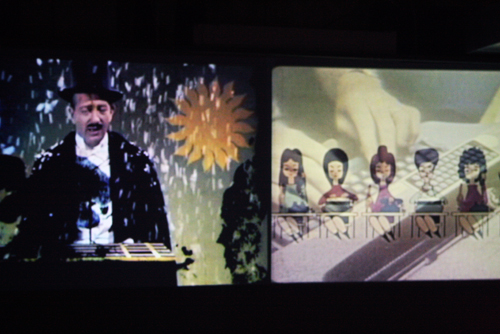 All in all, a pleasant way to spend an afternoon in downtown Raleigh.  There will be restaurant and cocktail reviews coming soon, too-we went to The Oxford, Fins, and had a couple of drinks at Foundation while we were there.