Home / Cabernet Sauvignon / USA Cabernet: “Rumored to Be Made by American Exceptionalism”

USA Cabernet: “Rumored to Be Made by American Exceptionalism” 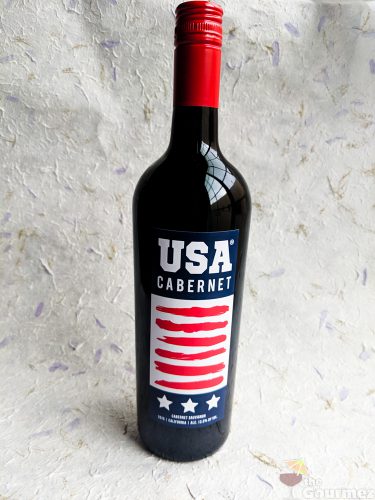 A few months ago, I had the pleasure of being introduced to Peter Wood, president of the Hucksters advertising agency and his new wine brand, USA Cabernet, made in partnership with Lodi’s Scotto Cellars. Obligatory disclaimer: By introduced, I mean that the dinner and wine I enjoyed with Peter and a few fellow wine bloggers was entirely free to me. Let that sway you however it may. 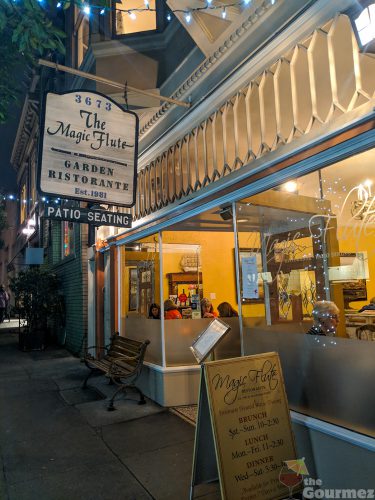 It swayed me to appreciate the humor and slyness of a man willing to launch a new wine label entirely based on assonance. As Peter, an English transplant, put it, he likes cabernet and he likes the USA – combining the two seemed a natural fit for his next venture. And of course, the suggested price is $17.76. That an Englishman is profiting from the product just makes it all the richer in wryness.

So is the Huckster pulling a fast one with this vino? 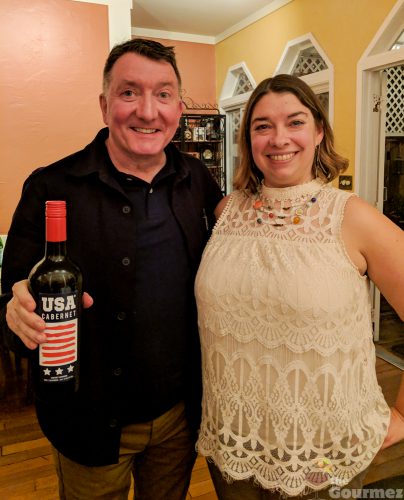 I don’t think so. I tried the 2016 USA Cabernet on two separate occasions: during that wine dinner at the Magic Flute in San Francisco’s Presidio Heights neighborhood and again with plenty of decanting at home. 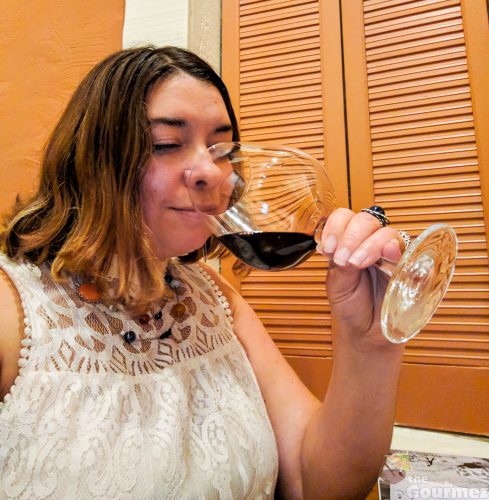 In the restaurant, I thought it thin-bodied and easy-going, with a whiff of cigarette smoke that conjured up memories of evenings spent with friends in suburban backyards, shooting the breeze into twilight. Mild pepper, annatto, and mace spices came out with a tease of black raspberry licorice drops. There were layers, but only if you wanted to seek them. 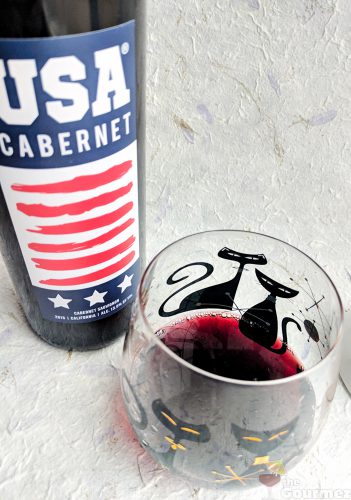 At home, I did just that: sought out those layers that had only peeked out thus far. I found notes of strawberry and passionfruit with mocha in the nose. The mocha weathered a quick wave of spice and tart berry that passionfruit supplanted. Sugared cinnamon, cardamom, and vanilla powder added depth.

At that price point, USA Cabernet offers plenty to peruse at your leisure or to enjoy in balance with little thought. With the Scotto family’s cabernet sauvignon, barbera, and petit verdot grapes out of Lodi, Calaveras, and Lake County, an intriguing mélange of flavors resides in the glass. 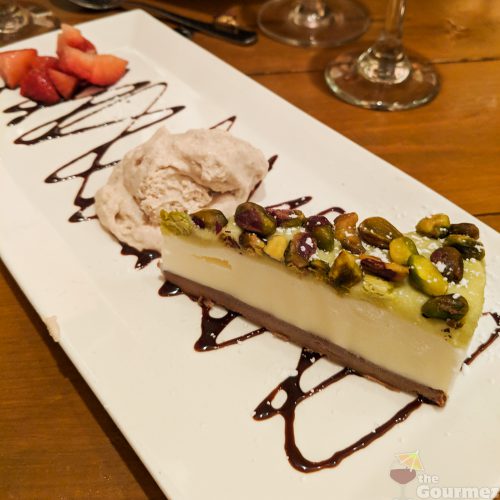 An intriguing mélange in the Magic Flute’s pistachio cheesecake, as well.

If you enjoy USA Cabernet, and I certainly did, be assured that USA Rosé and Chardonnay can’t be too far in our futures. Heck, maybe Peter will even attempt a USA Gamay someday? I’ll stop now with the wordplay.

Alas, this blog post is over, but your own fascination with assonant wine label names may be just beginning. Cheers. 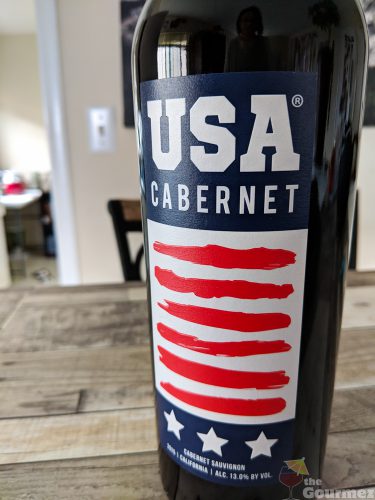