Obligatory disclaimer: All wines mentioned in this blog were free to me for review.

Harney Lane Winery and Vineyards stands on farmland owned by the Mettler family since 1900. Currently, its proprietors are Jorja and Kyle Lerner and Jorja’s mother, Kathy Mettler. The Mettler’s history with the Harney Lane fields goes back five generations, though they did not start making their own wines from their grapes until 2006.

I was first introduced to Harney Lane wines at the 2016 Wine Bloggers Conference. I’ve always admired their elegant label design, which is difficult to capture in a single shot. Thus, here’s their logo instead. 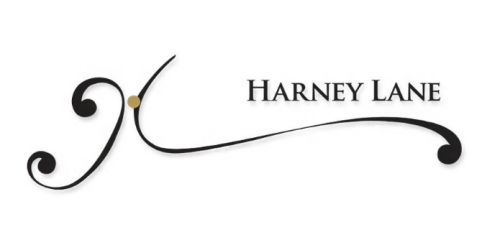 The past two years since becoming acquainted with Harney Lane, I’ve tried their unique and earthy 2014 “Lizzy James” Old Vine Zinfandel and their beautifully acidic, seafood-loving 2015 Albariño. So I was happy to sample their 2017 Harney Lane Chardonnay, though chardonnay is generally not my favorite wine grape. 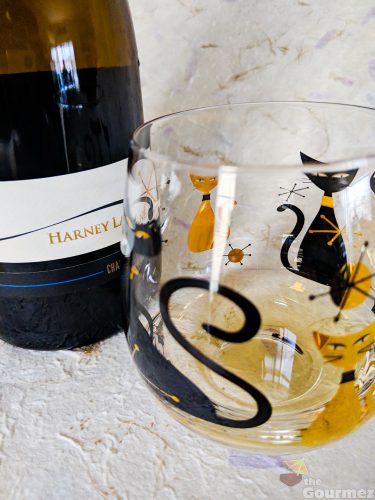 It’s medium-bodied with minimal acidity. Notes of pears and turbinado simple syrup dominate with hints of red delicious apples. Butter fans will be pleased, though that element is not overwhelming like it can be in chardonnay aged in French Oak—theirs is in the barrel for 9 months. Lime tingles on the finish.

For me, the 2017 Harney Lane Chardonnay is a

But if you love a buttery, classic-style chardonnay, you may enjoy it more! I also had the pleasure of sampling the 2015 Harney Lane “Lizzy James” Old Vine Zinfandel. It’s name is a combination of the same for Jorja and Kyle’s children. 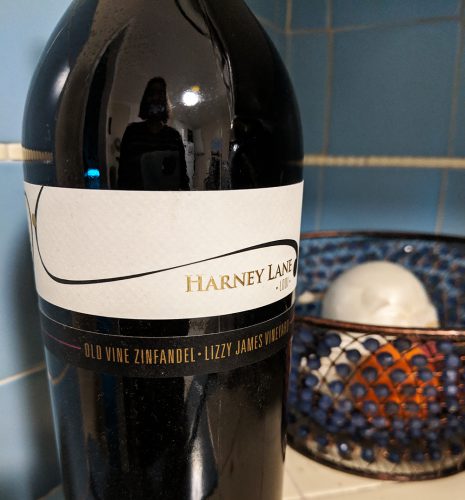 Tasted right after opening, brown sugar pie comes to mind. There’s some caramelization and plenty of flaky pastry crust. It has a lot of alcohol heat to it, perhaps too much. That manifests in intense spice notes of mace, anise, cinnamon, red chili, and tricolor peppercorn. Nut flavors splash up here and there, making it much more pleasing: pecan, hazelnut, and walnut.

With two day’s aging, this wine becomes more appealing – and it was already pretty good. The alcohol kick mellows, though it doesn’t disappear. A cocoa nose makes me think of brownies, and fig notes and tobacco are the first to greet my tongue. The spice blend has become more of an accent note, which is a welcome change, but the nuts have disappeared in the meantime. I appreciate the new layers this oxidation has brought out, but I do miss those nuts.

Because this one retained my interest for multiple days in a row, I give it a

Current vintages of both the Harney Lane Chardonnay and the Lizzy James Old Vine Zinfandel are available on their website.