Readers, this is the first of several posts I have planned on my favorite haunts around the Bay Area. It has been too long since I’ve done restaurant, cocktail, and specialty shop reviews, and I miss them. These posts will generally be cumulative ones spanning my experience over several months or years rather than a single visit. And they are likely to be pretty positive, because these joints are the ones I go back to again and again. For someone who likes to try everything, like me, there aren’t many places worth a return visit, much less many! 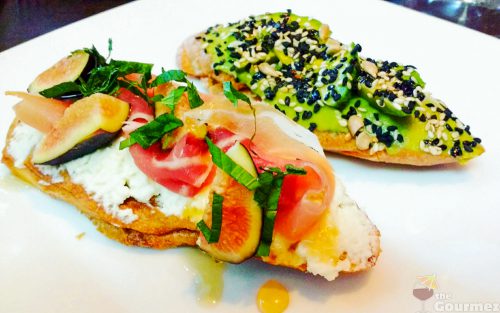 When we lived in the Rockridge neighborhood of Oakland, Southie was on our regular rotation. Even more so on mine—I’d come here for lunch often when my husband was at work. The restaurant is small; it has maybe ten countertop seats, a handful of two-top tables, and one that can fit three. Regardless, the wait list moves fast outside of prime dinner hours. The staff is always pleasant, and I love how bright and full of air it is—the big, open front window helps. 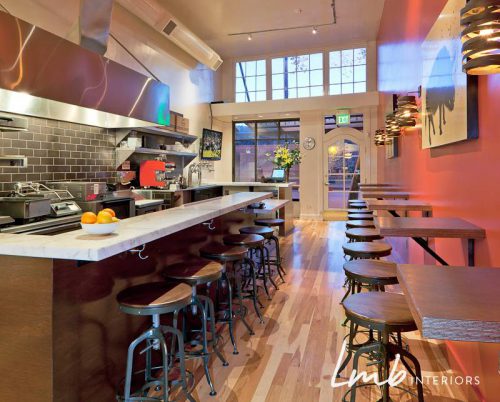 Inside Southie. Photo via LMB Interiors, who designed the space.

Southie is owned by Rich and Rebekah Wood, Oakland restaurateurs most known for their fancier Wood Grill next door. They also own the Wolf on Piedmont, which I hope to try soon. Unlike Wood Grill, Southie does not offer cocktails, but it does have beer and wine on draft. The biggest draw here, however, is the $4–5 crostini. 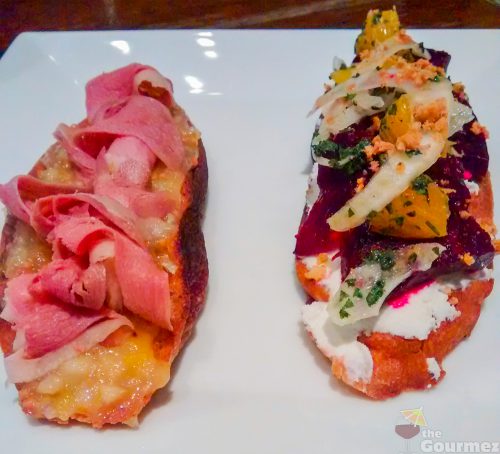 Each crostini is the length of a saucer and is a beautiful union of seasonal produce and/or various forms of meat. There are usually four different options at a time. Currently on the menu? Ahi tuna confit with white bean puree, piquillo pepper, celery, pickled shallots, and salsa verde or chiogga beets with lemon ricotta, arugula, toasted almonds, and evoo. My all-time favorite involves fresh spring peas and mint. Mmm, I hope to see that one again in a few months.

My only complaint about Southie’s crostini is that they don’t appear on the lunch menu. But Southie is well worth a midday visit, as they have some of the best sandwiches and salads around. At least half the menu consists of long-running favorites. Those include the Balls, a classic meatball sub with spruced up flavors. 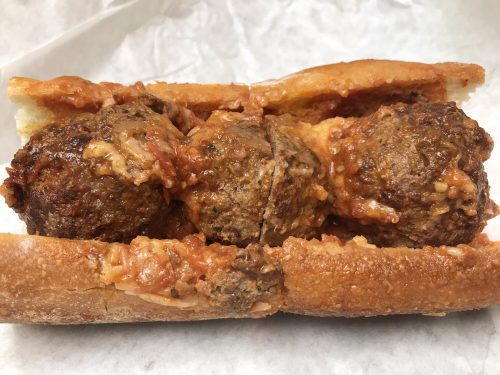 Pic via Yelp user Shayla B. 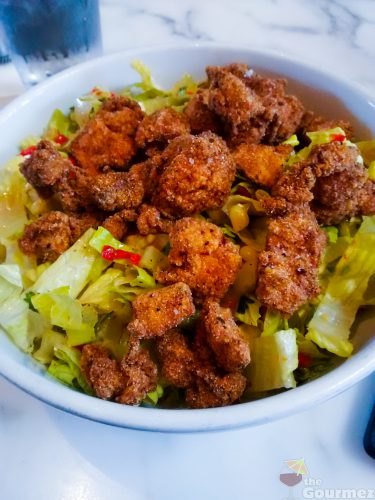 The Stand By, a grilled cheese on baguette with a cup of soup, is another, well, standby. I used to scoff at it until I tried it for myself on a day when I was in bad spirits. 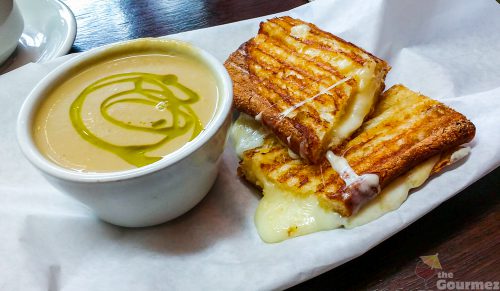 Oh my, is that a lovely grilled cheese. If the daily soup is to your liking, this combo is well worth drowning your sorrows in.

During dinner service, entrees replace the sandwiches along with some smaller bites for sharing. The Balls are served with polenta rather than on a sub, and there is at least one pasta option. 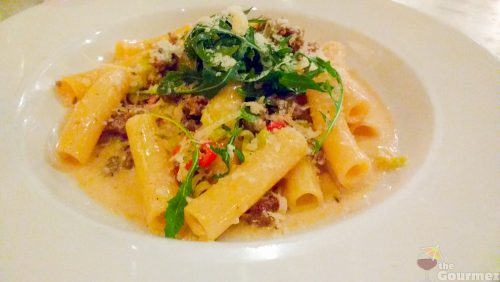 I can also recommend the desserts, which usually include an ice cream sandwich full of tangy or earthy flavors, like the current meyer lemon ice cream with ginger-rye cookies. Or perhaps a  cholate budino on your birthday? 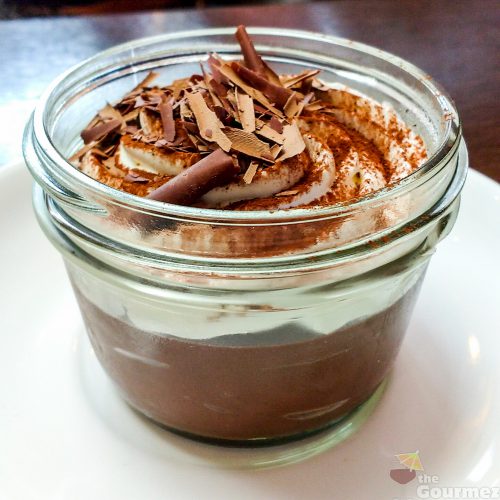 Once Dungeness season comes around, treat ‘yoself to a sandwich roll overloaded with that succulent insect of the sea. I’d prefer less bulky bread, but I’ll put it up with it for crab. I’ll even put up with the $30 price tag. 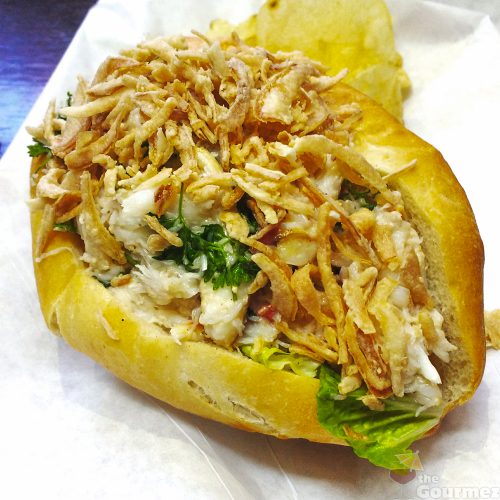 I admittedly am not a fan of Southie’s breakfasts, but hey, they can’t win at everything. The menu is tiny, consisting of granola, toast and jam, a breakfast burrito, and an egg sandwich. Frankly, I need more items to choose from—I love variety. And frisee on an egg sandwich does not work for me. Southie is not the only restaurant that heaps fresh greens on hot breakfast sandwiches, but why anyone would find the resulting limpness appetizing mystifies me. Sautéed greens are another story.

Sunday brunch has more options, but I haven’t made it out for one of those yet. I am thoroughly happy—overjoyed even, to visit Southie at any other time of day. That I no longer live four blocks away is probably the only downside of our Lake Merritt move. So I am always looking for an excuse to visit again. Any up for crostini?