Home / Bars and Tasting Rooms / A Tasting at Turiya Wines

A Tasting at Turiya Wines

Obligatory disclaimer: This tasting of Turiya Wines was free to me.

I spent my formative years on the Central Coast, in Santa Maria, California. While I lived there, I had no idea it was a wine-growing region. My family is conservative, religious stock – having a drink is as likely to bring forth admonitions about my Christian witness as it is relaxation. So before the movie Sideways came out in 2004, I, like much of the wine-drinking public, hadn’t realized the Central Coast is a fantastic producer of wines. Nor did I know that so many of my classmates’ families were involved in the wine business. 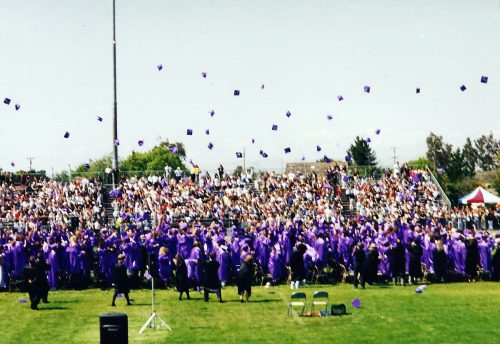 This past June was the occasion of my 20th high school reunion, and the occasion of my finally getting to try Turiya Wines, a high-end line of wines that one of my ERHS ’98 classmates founded. Through the magic of Facebook, I’d been following Angela Soleno’s success and knew I wanted to do a profile on her wines once I had the chance. Our 20th reunion provided that chance! So I made my way to the Lompoc Wine Factory, where Turiya shares a tasting room and event space with a few other wineries. 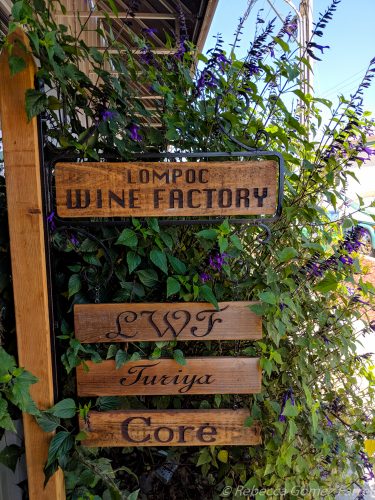 Angela met me and my husband inside and proceeded to take us straight back to her barrel room for a barrel tasting, as she often does for private tastings that can be arranged ahead of time. Public tastings, no reservation required, are $25. Angela’s handprints adorn each barrel; after the wine’s gone in, she dips her hands in the leftover grape must to leave her mark. 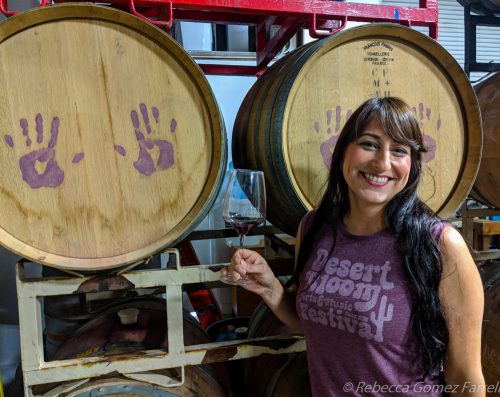 Unlike some of our classmates, Angela does not come from a wine-making family, but rather, she fell in love with wine after falling out of love with an ex-boyfriend. Nothing like a broken heart for breeding true companionship. 😉 After learning the ropes at Consilience Wines and Central Coast Wine Services, writing about wine, and taking viticulture and enology courses, Angela went into business for herself as owner and winemaker of Turiya Wines. She released her first vintage in 2008. Because she’s a one-woman operation and because she values quality, she keeps production small at only 400 cases, so every step of the process can have her full attention. And she does not release her wines until they’ve been barreled for at least four years. 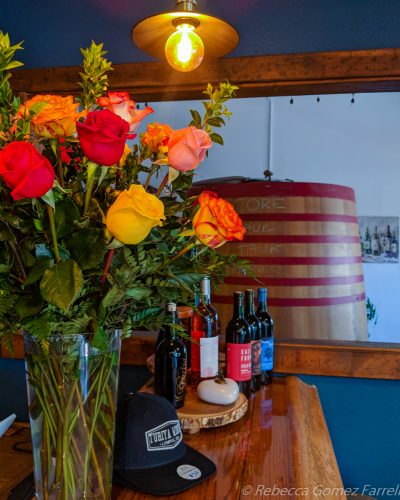 The barrel sample we shared was a merlot from 2017. Although it’ll spend a few more years aging before release, I was impressed by how elegant its layers already were, and how seamlessly spice wound through them. 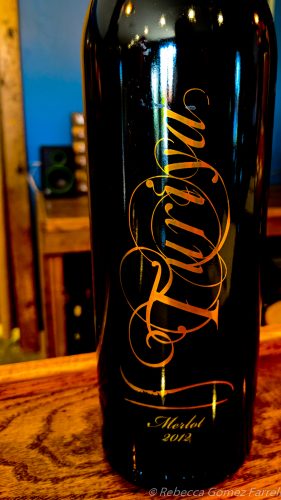 Those five extra years brought with them a strong nose of violet, blueberry, and cassis. It’s an intense, dinner party conversation piece that shows off licorice, black pepper, bamboo, and clay with a body that manages to stay light and inviting. Fitting all that in the glass is a feat!

Angela produces only red wines, as it’s only red wine that she loves and her driving passion behind Turiya is to do work that she loves. As is often the case, I loved her blends the most. She names them in the same poetic spirit as she named her label: Turiya is a Sanskrit word that, according to Hindu philosophy, means the final stage of consciousness, the one that sees all others and truly understands them in a state of “ever-existing, ever-conscious, ever-new bliss” per the Yogic Encyclopedia. On Turiya Wines’ website, the definition is “a state of consciousness wherein reality and truth are harmonious.” 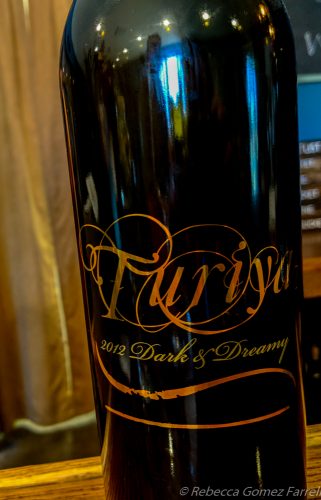 The Turiya 2012 Dark and Dreamy ($65, 5/5) is a blend of 25% cabernet franc, 25% petit verdot, 25% sangiovese, and 25% merlot. It smells of blackberries speckled with soil and raspberry gumdrops with nonpareils. The beautifully smooth wine showcases raspberries in prime ripeness, with dark chocolate notes and lime acidity. I reveled in it. And I treasured the Turiya 2012 Kindred Spirit ($85, 5/5) just as much. That blend is 50% cabernet franc, 25% sangioveses, and 25% merlot. Juicy strawberry and subtle vanilla combine with floral elements to create a fully perfumed nose. In the glass, earthy notes rise from the soil and wrap you in a luxuriously comfortable leather finish. 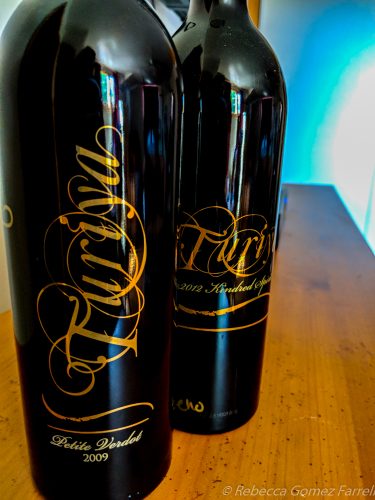 The Turiya 2009 Petit Verdot ($150, 5/5) was every bit as delicious as those blends and the varietal wine I enjoyed the most that afternoon. To be clear, I tasted six Turiya wines, and not a one of them earned less than a 4/5 on my scale – I love when a winery’s so good, it’s an embarrassment of riches to write about. The 2009 Petit Verdot captured me right away with woody tannins evoking an old barn that’s been refinished and restored to beauty. It’s sweet with a rustic heart of elderberry and bing cherry. Drinking it is like celebrating a dear friend whose style you adore.

I may be biased, but I think Angela knows the value of her work and prices her wines accordingly. Which means a bottle of Turiya is a splurge, but if you can afford it, you deserve it. Some wines can be purchased through her online store, but many of them require membership on the List, her wine club that offers two shipments a year.

Or, to get a taste, you can seek membership in the ERHS graduating class of ’98, as Angela was kind enough to donate a few bottles to our celebration. 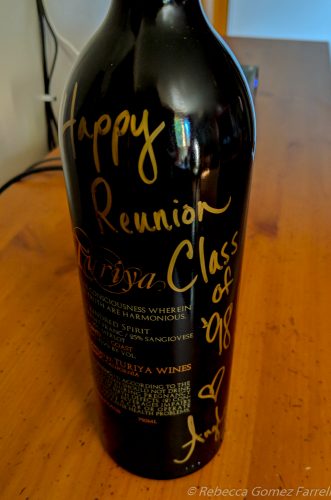 It was a pleasure to catch up on Angela’s life and to try Turiya Wines. The bottles I took home will be kept for a very special occasion indeed—maybe our 25th anniversary? 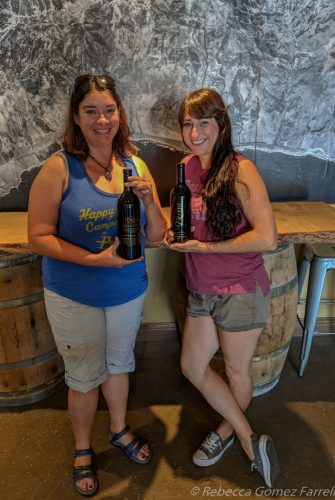