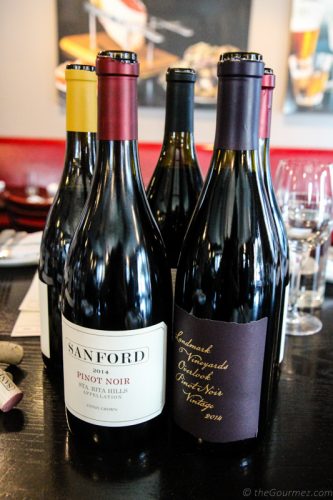 Pinot noir isn’t a favorite wine varietal of mine, but since I moved back to California in 2013, I’ve been intrigued by how pinot noirs of different winegrowing regions can be markedly different here. The grape is typically used to produce light-bodied, low tannin wines with light fruit. That makes them ideal for keeping the fun flowing at a party. But they tend to come with a higher price tag, which may not be ideal for your wallet. If you do want to invest a little more, I’ve learned it’s worth taking the time to investigate which California region makes pinot noirs with the flavor profile you like best. I did just that last August at a pinot noir reception put on by the Benson Marketing Group. Obligatory disclaimer: That means the wines and food I’m about to discuss were fully free to me. 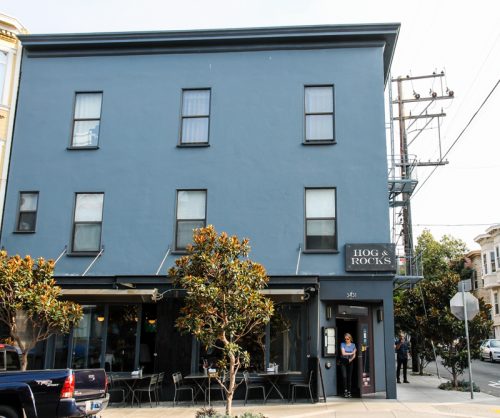 The reception was hosted at Hog & Rocks, a new-to-me San Francisco spot that specializes in charcuterie, oysters, cocktails, and small plates to go with them. 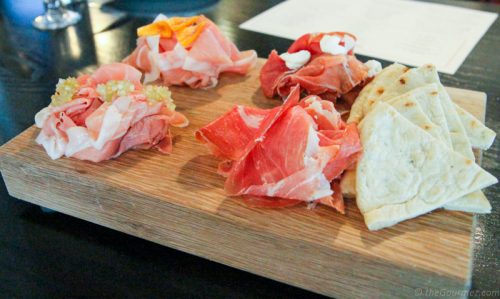 I have to comment on the food, because the quality of Hog & Rocks charcuterie demands it.  Every restaurant out there has a meat plate these days, but many of them fail to bring the goods. Not so with this ham flight, in which each type of meat carried the moisture of freshness and the salivating savor of powerful pork. For accoutrements, the melon caponata decorating the Broadbent country ham especially impressed.

I also enjoyed a pulled pork slider, which crammed a ton of filling between its buttery, soft Kaiser roll. 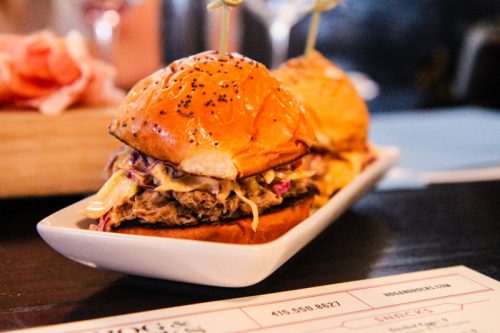 A corn dog made with blue corn meal and a tasty relish is also worth a note, although the small plates menu has changed entirely now that it’s fall. Glancing at the menu online, I’m going to have to go back for the duck confit gnocchi and brussels sprouts with hot bacon mayonnaise REAL SOON.

But we were talking about pinot noir, weren’t we?

The Benson Marketing Group represents a number of Californian wineries based in different regions of the state. We had five 2014 offerings on hand, and each had personality galore, personalities that shared little in common. For me, the tasting was further confirmation that place, or terroir if you prefer, makes a huge difference in what pinot noir flavors end up in the glass. Here’s a rundown, riding north to south: 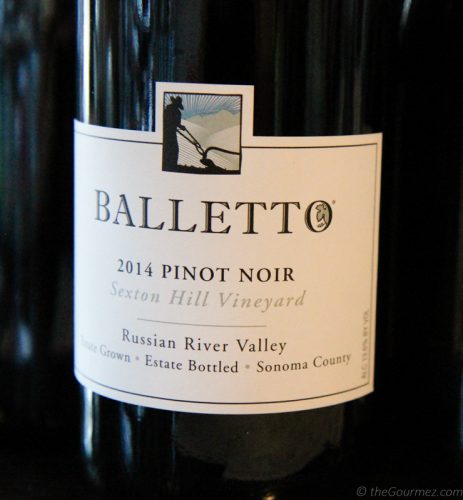 The Balletto Russian River Valley Pinot Noir 2014 ($42) from Sexton Hill struck me as the classic offering from among these selections. That shouldn’t be a surprise, as it’s the only wine that came from what many consider to be classic California wine country. When I think of pinot, I think of wines just like this one with bright cherry notes and soft spice. This Balletto also offered a clove wild side, and it showed off the classic fruit profile well. 4/5.

These two wines came from bordering AVAs (i.e., officially recognized wine growing regions) in Monterey County, yet their tastes were perhaps the most divergent of the bunch. 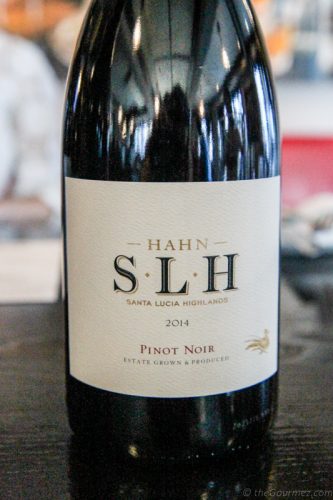 The Hahn SLH Pinot Noir ($30) was spice forward and garnet-colored. The spice mellowed in the glass, and the fruit was reminiscent of Red Vines licorice candy … if Red Vines came jazzed up with cinnamon, clove, and allspice. That SLH stands for the Santa Lucia Highlands AVA. 3/5. 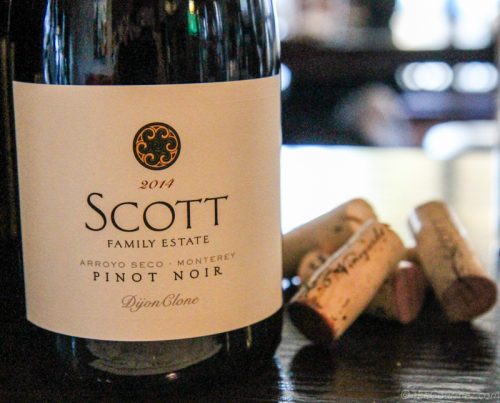 Made with grapes grown just to the south in the Arroyo Seco AVA, the 2014 Scott Family Estate Pinot Noir ($30) was my favorite of the night, although not my most highly rated. I would never have guessed this was a pinot noir and found myself entranced with its lively mix of unlikely bedfellows that proved they knew how to have a good time. Attention-demanding herbaceous notes (thyme?) took center stage while white pepper, cranberry, and young strawberry filled the conversation pauses with flair. 4/5. 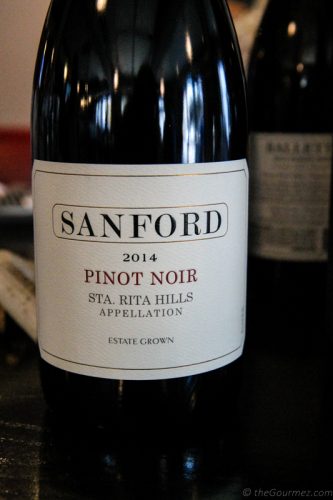 Sanford Winery and Vineyards, which I’ve been following since my first Wine Bloggers Conference, proved its deft winemaking skills once again with this exceptional 2014 Pinot Noir ($45) from the Santa Rita Hills (Buy the 2012 here).  If my favorite childhood dessert, raspberry cream served in milk chocolate cups, was given more depth, this might be the result. The nose is attic and pencil shavings, and the glass is those strawberry cups mingling with cardamom and tree bark. Its fire engine red color intrigued. 4.5/5. 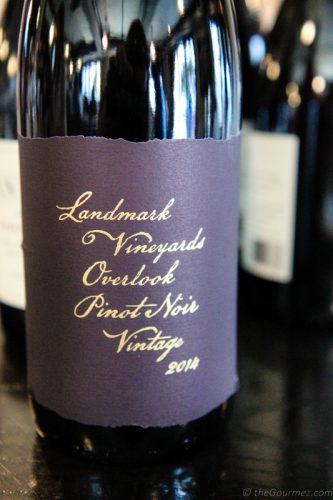 Landmark’s Overlook 2014 ($25) is a smooth, easy blend of grapes from Sonoma, Monterey, and San Benito Counties, which I thought a great way to end this pinot noir tour. Although I didn’t prefer it to the others overall, it gave me the strongest atmospheric impression: “Watch the smoky haze on the horizon. A little of its heat makes it into the glass along with a strawberry splash and an uncharacteristic, earthy finish that takes you from the horizon to the dusty, thirsty ground at your feet.” 3/5.

Thank you, Benson Marketing Group, for this introduction to your pinot noir portfolio and helping me cement my current theory that terroir reigns more supreme than typicity for this grape.