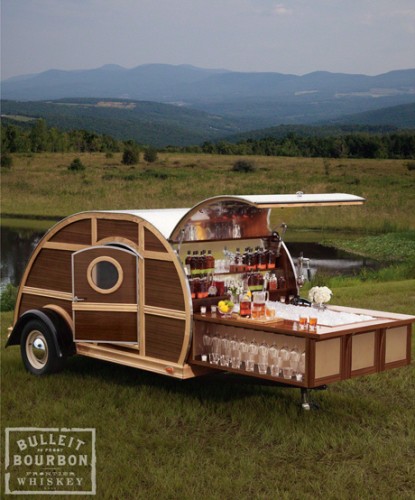 Two weeks ago, I picked up an invite to come see Woody, a trailer beautifully designed by Brad Ford and furnished by Moore & Giles, two names that mean a lot in luxury circles. Woody is currently an ambassador of Bulleit Brand bourbons and whiskeys, which makes a lot of sense as the refinished wood that panels its deluxe sleeper interior is from reclaimed Bulleit bourbon casks. 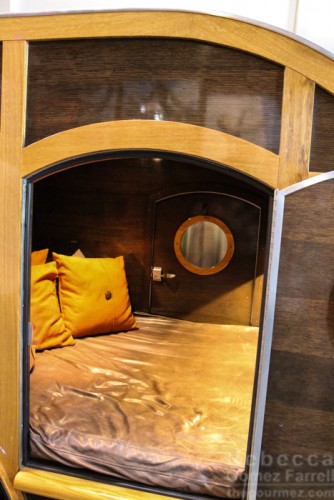 A tiny peek inside.

Woody’s been travelling the county, combining bourbon promotion with spotlighting local businesses under the hashtag #WheresWoody. The night I made this trailer’s acquaintance, the answer to that question was San Francisco’s Betabrand office in the Mission District. 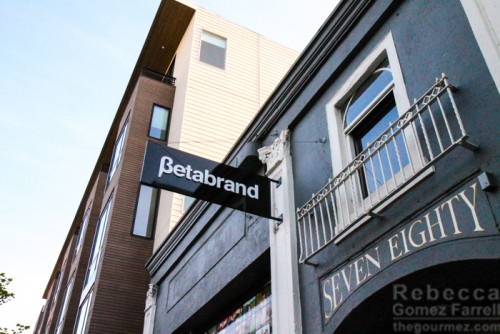 Woody was parked right inside Betabrand’s space, making great pictures of the vehicle difficult, but it gave me the opportunity to check out Betabrand itself, which I hadn’t heard of before this event. They take crazy, inventive ideas from their customers on clothing designs, develop the most popular ideas into a prototype, and lead those prototypes through crowdfunding campaigns and into limited edition production, selling them online only. There is some manufacturing within the Mission District office, but most of the space appears to host the creative minds running the company. Their big thought boards definitely caught my interest. 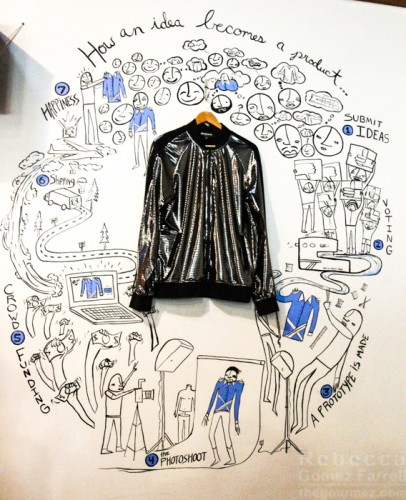 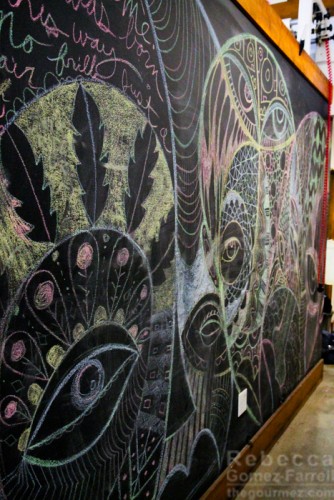 I wish we could have had a tour, but the event was really more of a socializing hour for Betabrand employees and their friends–or friends removed a few degrees at least! I didn’t meet anyone who worked for the company, as everyone introduced themselves as friends of someone who did. That includes these characters, who kept me company in the taco truck line: 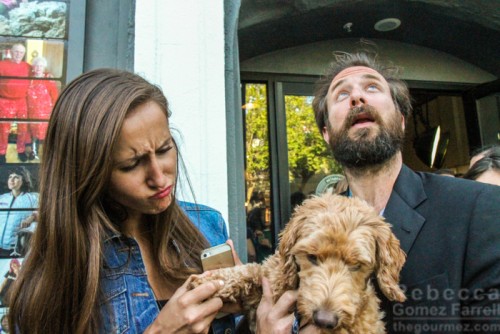 I told you that you’d make the blog post!

Inside, the bartenders served up two classic cocktails with bourbon twists, some of them coming directly from Woody’s impressive back bar. 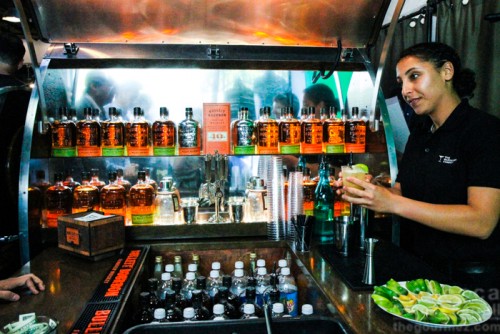 The Kentucky Mule was my favorite, offering a delicious ginger kick from Fever-Tree ginger beer. 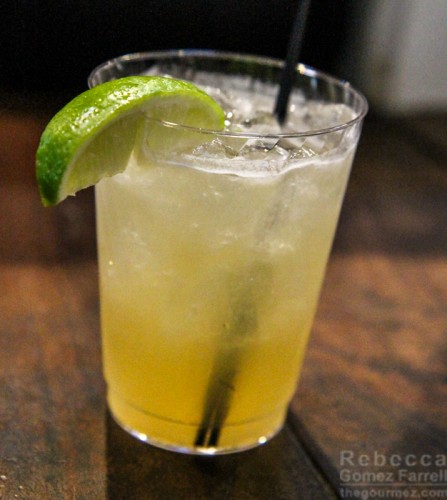 Despite their international distribution, I’d never heard of Fever-Tree before, either, but I’ll be looking out for them in the future. Isn’t it wonderful that we live in an age of so many great ginger beer options that I have yet to encounter them all? Once upon a time, all we had was weak, grocery store ginger ale. Now, we almost have as good of a selection as Jamaica. Progress!

I opted to try the second drink, a BLT–that’s bourbon, lime, and tonic, for those of you bad at abbreviations–with Bulleit rye instead, making it an RLT and even more confusing. 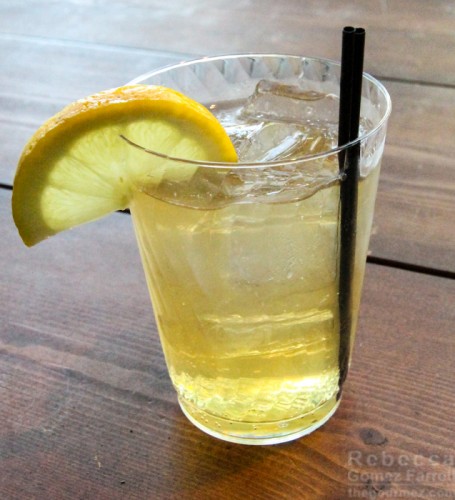 But the taste was clear and clean. Bulleit rye would make a great introduction to the world of rye whiskey, sacrificing a bit of character depth for the sake of smooth, easy-drinking.

Woody’s rolled on to Seattle since then. You can search #WheresWoody on Twitter or Instagram to see all the places Woody’s been so far, with Bulleit bourbon giving him that extra lift he needs. Thanks for inviting me out, Woody, and have fun on your future journeys! For now, we’ll always have one glorious night full of San Francisco characters at Betabrand. 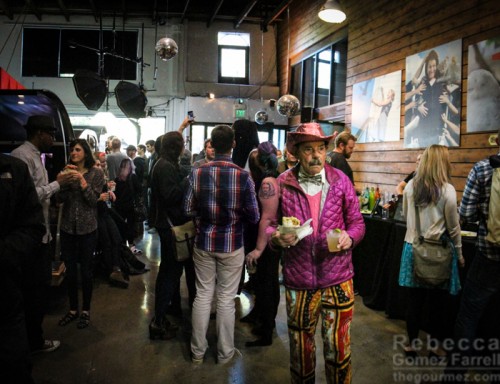