I was shocked this last August, while at the Wine Bloggers Conference, to learn that chardonnay is still the most popular wine grape in the United States. Indeed, it is the most planted grape in California, at just under 98,000 acres.

Why the shock? Chardonnay is often disdained among wine circles for the heavy oak associated with it, a taste that some love but others, occasionally me, feel overpowers any other redeeming qualities the wine may have. The buttery notes of chardonnay can have a similar effect: lush, supple, but unable to generate a lasting impression. With steel fermentation and light oak, I have come across a few beautiful chardonnays (links to them), but it’s rare enough that each feels like a revelation to me. I am not anti-oak, but I do think it can breed uniformity.

Which is why I’m considering attending the 2016 Chardonnay Symposium at Avila and Pismo beaches on the Central Coast of California, May 12–14. 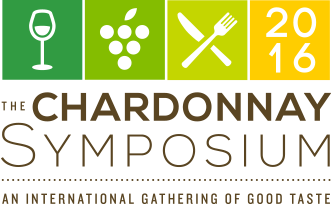 As the Symposium’s “primary purpose is to educate and inform top industry professionals, as well as devoted consumers, about current events and trends in Chardonnay production culture around the world,” I think it may be a great place to expand my knowledge of what attracts the devoted so strongly to chardonnay and to grasp its potential on a grander scale. Where is chardonnay going? What keeps bringing consumers back in?

Some sessions are devoted to in-depth discussions among winemakers, but plenty of sessions are open to the public, such as this one: 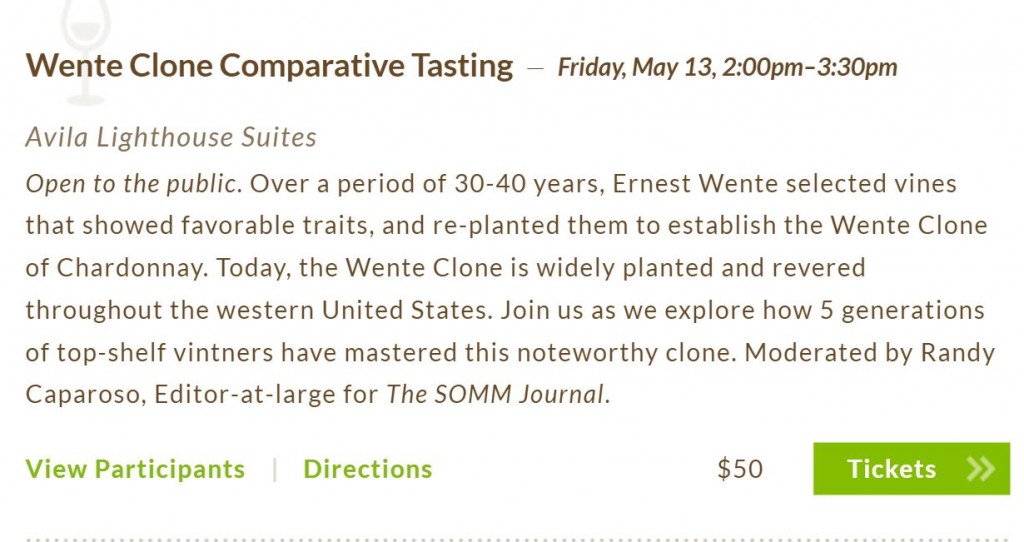 That just may make the beautiful 4-hour drive worth it. The main draw, of course, is the Grand Tasting, which will be held on 5/14 from 1 to 5 pm. 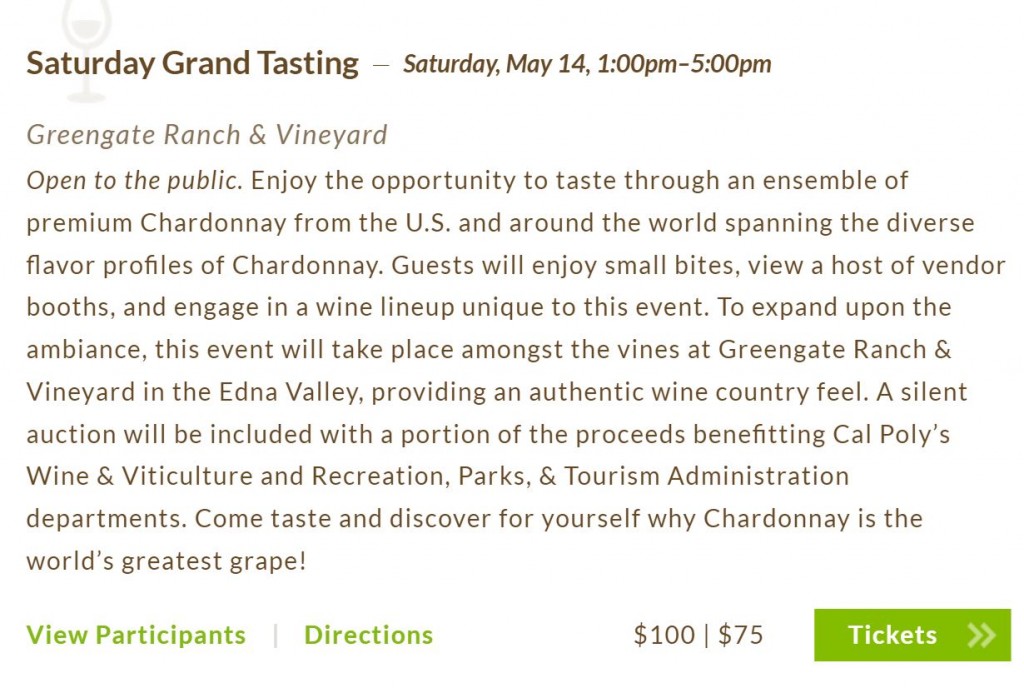 Those two prices listed are regular versus early bird, and the early bird of $75 only lasts until 1/30/2016, so make up your mind fast if you want to save money! I’m unsure as yet if I’ll make the trip, but if so, the sessions I’m likely to attend are the French Forum lunch, the Wente Clone class, the La Paulee dinner, and “What’s Oak Got to Do With it?”  Get your tickets for the 2016 Chardonnay Symposium right here.

Hope to see you there! Hope to be there!

One thought on : The 2016 Chardonnay Symposium — Last Week for Early Bird Pricing!