Where will I be this Thursday night? At Omnivore Books, attending the signing for Nancie McDermott’s new cookbook! Nancie is a celebrated food writer, cooking instructor extraordinaire, and my friend. 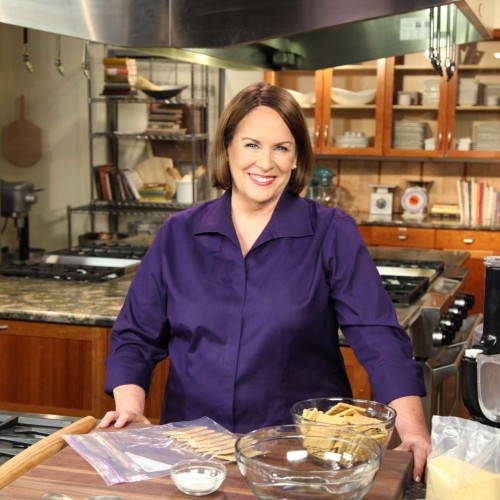 Nancie in her element.

Nancie and I met about five years ago, at a wine tasting event at the Angus Barn when I was blogging in the RTP area of North Carolina. She was a delight then, and together with our mutual friend Sharon, we began meeting up a couple of times a year to try out new restaurants/bakeries/cafes together. 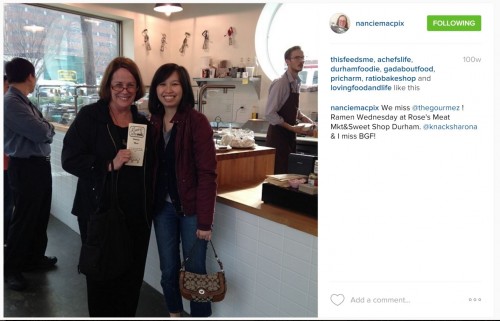 Nancie, a North Carolina native,  is a cultural historian of and cooking expert in both Southern and Thai cuisines. She is a contributing editor for Saveur and Edible Piedmont in addition to making contributions to such notable publications as Food & Wine, Every Day with Rachel Ray, and the Los Angeles Times. She’s got a few episodes of television under her belt, too!

Author of twelve cookbooks, the latest has just come out, and it’s why she’s in the Bay Area for a book tour. 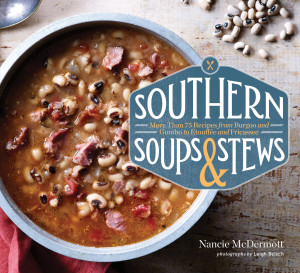 Home cooks throughout the American South treasure time-honored recipes for hearty soups and satisfying stews savored year after year. Often passed down through the generations, the dishes detailed in this book are cherished and shared at family gatherings, holiday feasts, and community suppers throughout the seasons. These recipes serve up soups and stews seasoned with history—from Nathalie Dupree’s Lowcountry Okra and Shrimp Gumbo to Summer Squash Soup with Black Pepper and Thyme, to Collard Greens with Pot Likker and Dumplings—offering us a glimpse of how people farmed, cooked, and continue to celebrate life over time.

I’ll be there promptly at 6:30 pm on Thursday night (11/12), and if you want to join, I’d love to know if I’ll see you there! In the meantime, Nancie is also leading a series of cooking classes with Draeger’s Cooking School this week. The Monday class has passed, but you can still sign up for her Thai class tonight in Menlo Park!