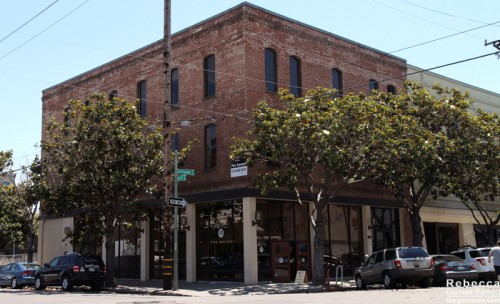 Last weekend, I had the pleasure of checking out Jeff Cohn Cellars’ tasting room in Oakland along with my friend Peter, the man behind Bung R. Cooper’s wine blog. Jeff Cohn, a renowned winemaker, spent a decade learning from and crafting Rosenblum wines before starting his own winery in 2006.  He’s also a genuinely nice guy. 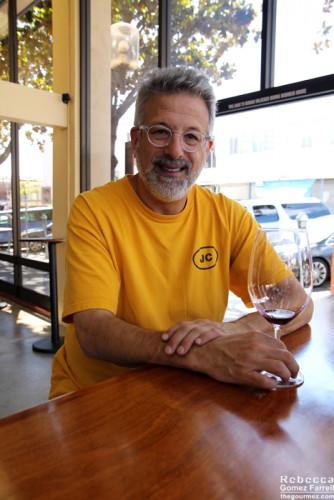 The tasting room has made its home in Jack London Square (160 Franklin Street). The fee is $15, and operating hours are 1 pm to 7 pm Fridays and Saturdays and 1 pm to 6pm on Sundays. 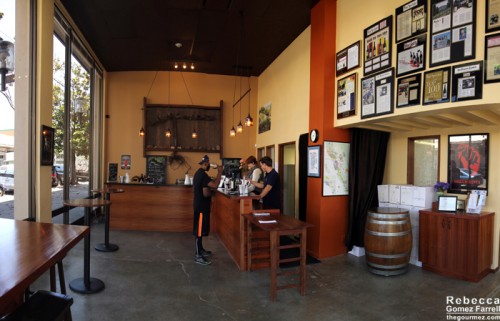 Cohn is drawn toward Rhône varietals and zinfandels, but that doesn’t mean he stays away from other grapes—it depends on what catches his interest harvest to harvest and what opportunities present themselves. One of my favorites was actually the 2012 Stagecoach Vineyard Cabernet Sauvignon ($70), which had a beautiful sheen in the glass and an instantly appealing smell of bursting berries, sawdust, and banana leaves. Its vegetal undertones, including a jalapeno note, make it quite the conversation piece.

His 2012 Lancel Creek Pinot Noir ($38) is a beautiful example of a refined pinot noir. 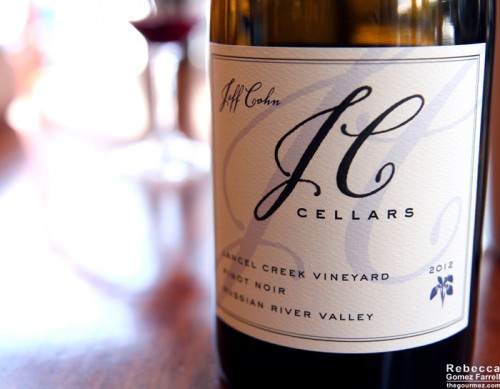 Its classic pinot nose boasts extra tobacco. The bright fruit is ready to shine but knows how to exercise restraint like a well-mannered dinner guest.

Where I think Cohn’s experience most comes into play is in the combination of the varietals for which he is most known: his Smoke and Mirrors’ vintages. 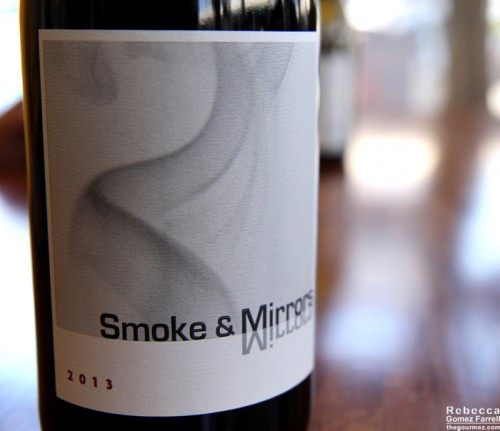 We tried the 2013 ($25) and the 2007 ($25). In both, a cocoa-dusted Rhône profile comes first, allowing the zinfandel to rise up toward the back of the sip. This makes for soft and approachable wines for newer drinkers who may be intimidated by big, spicy zins. The 2007 wine’s age is palpable in the presence of meaty venison and cherry. It’s much drier than the 2013 but still a wine that doesn’t overwhelm. The 2007 has simply learned to make a grander entrance than its younger cousin. 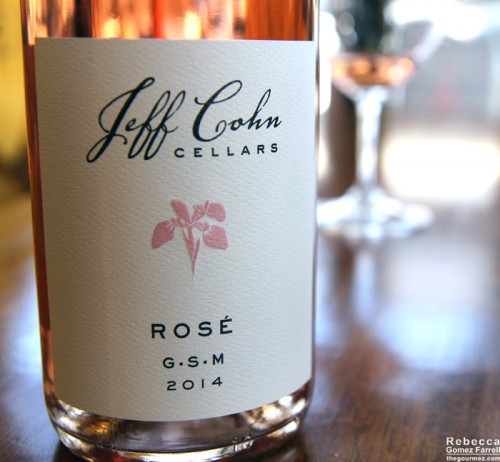 Nearly all of Cohn’s wines bear that iris in honor of his late mother, Iris, who gave Jeff the seed money to start his own winery. As Peter suggested, this rosé is a kayaking wine, good enough and light enough to make hoisting it upriver worthwhile. I enjoyed the raspberry bubblegum nose, and it impressed me with honey sweetness in a wine that can only be called dry. The wine had to wait for bottling until May to give it the maximum time to take on that quality.

You can order wines or get more information from the Jeff Cohn Cellars website here. If you try a bottle, make sure you look for the message engraved on the bottle itself. Cohn comes up with a little something different for each run. Ostensibly, he does it to entertain himself, but who doesn’t want to discover a message in, err, on a bottle?

One thought on : Jeff Cohn Cellars – *MOVED to Napa*