It’s been a while since I’ve shared a bragging post. This one is courtesy of my being quoted in a recent Bloomberg Businessweek article on the origins and staying power of RumChata.  You may recall that I reviewed RumChata back in 2012, and you can read that review by clicking on the picture. 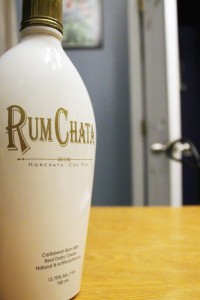 What did I have to say about RumChata for Bloomberg Businessweek? It’s just a quick quote on its versatility:

The drink also simplifies home cocktail making, says Eden Laurin, managing partner of the Violet Hour, a cocktail bar in Chicago’s hip Wicker Park neighborhood. Drinks with more than three ingredients are confusing to make, Laurin says, so having one spirit with several flavors is appealing. “It cuts out a step by already having cream, spice, and rum combined in pleasant ratios,” says Rebecca Gomez Farrell, a food and drink blogger in California.

Swing by the article to learn more about this unique–and fast-selling–cream liquor.