Home / Wine / The Quini App and My Changing Wine Reviews

The Quini App and My Changing Wine Reviews

Shortly before I headed out to the 2014 Wine Bloggers Conference (WBC14), I agreed to watch a demo of the new Quini app with Roger Noueim, the company’s CEO. Excepting the occasionally slow search functions, it works beautifully on iPhone, iPad, and the desktop. I’m mostly using a beta version for Android, which is much, much buggier than the released versions of Quini I already listed, but that’s why it’s still in beta, right?

Regardless, I loved what I saw because Quini’s distinctive floral imagery offered me a new way of looking at wine reviews, literally. 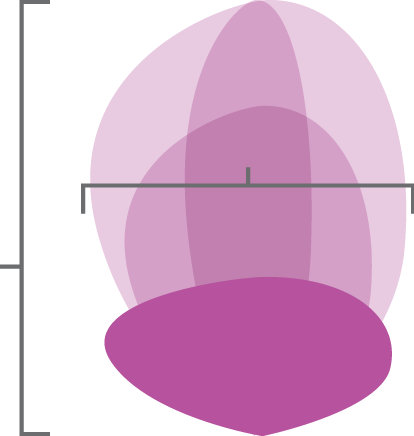 In other words, you wouldn’t necessarily want full petals if you’re looking for easy drinking or light summer wines, but you should probably be wary of short and stubby petals no matter your goal. The desktop version allows users to rate the wines in much greater detail than the mobile app, but I use my phone because there’s something so satisfying about the tactile nature of shaping the petals.

The final floral image is unique for every wine you taste, and so is the final score in that little right-hand corner. I find that score a truer reflection of the wine than gauging the Parker point system, which starts at 50, a practice that always throws me off. Quini reviews can score anywhere from 0-100, so a score in the middle ranges doesn’t indicate a poor wine, just an average one. I assure you this 2010 Proprietor’s Reserve Zinfandel from Maryhill was anything *but* average at the 78 points I gave it.

For Quini, scoring in the 70s is great! I also like the variety of ways Quini displays their reviews. Some highlight the individual flavors tasted in the wine and others only show the petals.

My recent use of Quini has contributed to a realization I’ve made about my own wine reviews—I’m done focusing on a wine’s notes in my writing. Quini’s graphics will summarize all that well enough on their own. I hesitate to add them to my reviews only because Quini’s built-in categories aren’t as comprehensive as I’d like. For example, there are a lot more ways for a wine to taste earthy than “dust”, “forest floor”, and “mushroom”. But I can point out any significant flavors Quini doesn’t have listed in the rest of my review, so that’s not really a problem.

With Quini handling the flavor profile, my posts will shift from listing flavors to using metaphors to paint a fuller picture of the wine. Aiming to submerge the reader in an experience is not an unexpected move for a fiction writer like myself, I suppose, but I was honestly surprised to realize how much more effective I find fanciful wine reviews than reviews focused entirely on physical characteristics. At the WBC14, Marcy Gordon of Come for the Wine grabbed me with this tweeted review during the Ballard AVA Syrah session:

I can so easily imagine the sleek rebellion I’d feel pulling on that slip, or drinking the wine as the case may be. It’s Creative Writing 101, really, but in the past, I’ve approached wine reviews more clinically. Being new to wine appreciation, I felt the need to learn and respect the boundaries of someone else’s field, if you will. But after a great conversation on using Quini in wine reviews with Kayla Koroush-Lewis, the Barrel Thief, this past Saturday, and reading inspiring, imaginative reviews from my fellow wine bloggers, I think I’m ready to leave the recitation of tasting notes behind and move on to describing the experience of drinking wine, incorporating whatever sensations or imagery a glass of wine may bring to mind. Listing spices and fruits is no longer exciting for me, and thus it can’t be vivid for you to read, either.

Is this a big change? No. But to me, it signifies both my growth as a wine appreciator (I can taste different fruits, spices, oak, etc., with confidence!) and a recognition that the growth I want to pursue isn’t in training my palate further (I don’t care to tell the difference between a 12% or 13% ABV bottle with a sip). I’d rather more effectively relay to my readers the thrill or misery of drinking each wine, not just the flavors it recalls. I want that sensory impression to linger long enough for you to pick up your own bottle, and “bathing in moonlight underneath wisteria boughs” is going to stick around a lot longer than “floral with a pleasant mouthfeel.”

Again, I am a fiction writer. That difference should have been way more obvious to me. I’m shamed that it wasn’t. 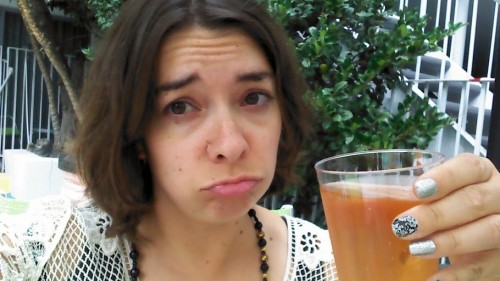 As I post new reviews, let me know what you think of Quini’s profiles and my plunges into imagery-filled wine reviewing. Your feedback is always welcome.

One thought on : The Quini App and My Changing Wine Reviews