Monticello is located just outside of Charlottesville, VA. It took maybe fifteen minutes to get there from the town. You drive up a small country road and eventually park at the visitor’s center. 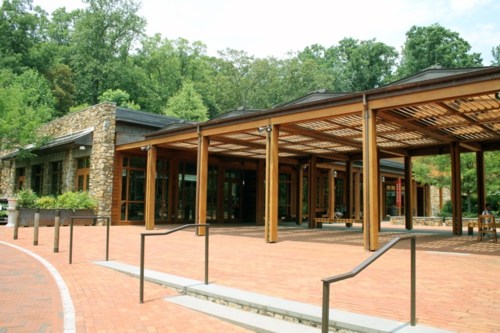 The large center houses a gift store, museum, theater for viewing Monticello’s history, and a café. It’s also where you buy admission at $24. Once that admission is purchased, you can head to the estate itself, which is another mile up the mountain. There is a leisurely walking trail that will take you past the Jefferson and Randolph family graveyard, or you can take the shuttle from the back of the visitor center’s grounds. Despite it being a hot, hot day and having one of the workers try to convince us it was too steep for that weather, we took the trail. 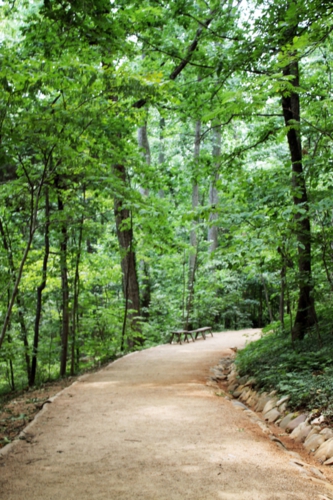 I’m not entirely sure what the worker who tried to warn us off of it meant by steep, but it was not difficult terrain, though there are some inclines. But as a lover of graveyards, I’m glad we opted for the trail. 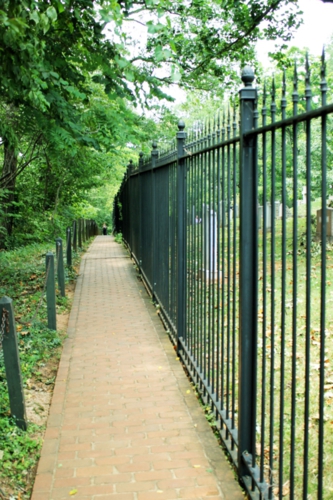 First view of the graveyard.

You can’t go in it, but the graveyard does hold Jefferson’s remains as well as those of most of the rest of his family and their descendants—well, his legal descendants at least. The African American gravesite is back toward the visitor center and in a much different state of repair. 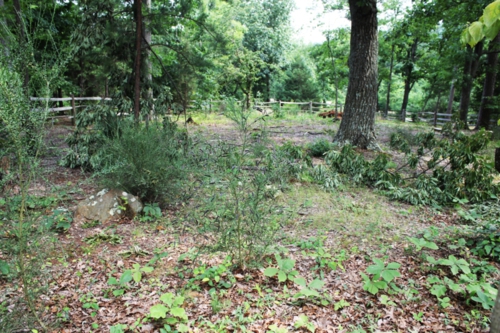 It’s impossible to really identify the bones it contains at this point. Jefferson’s obelisk marker contrasts with that image quite strikingly, but those days were what they were. 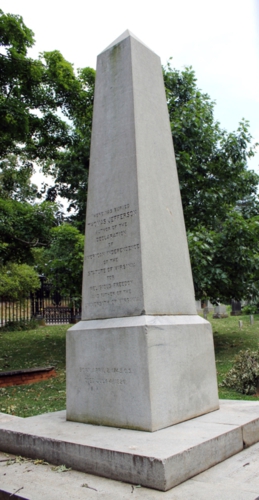 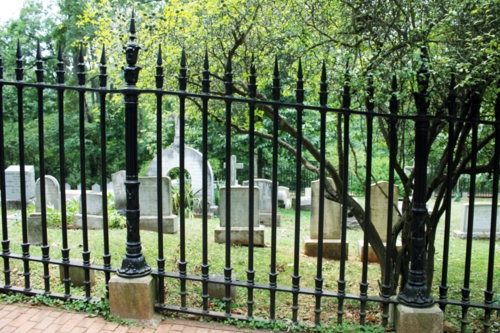 The trail also leads you up Mulberry Row, which is a beautiful way to be introduced to the estate. 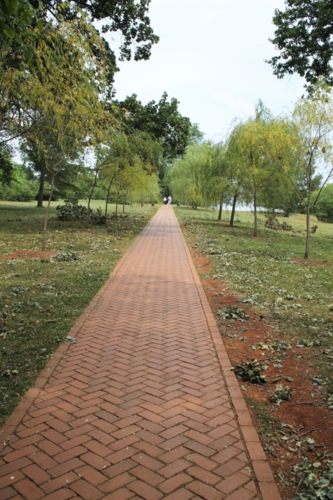 Along this road, many workrooms and homes used to reside, the industry of Monticello in the form of blacksmithing, crafting, carpentry, and other tasks. Now it is barren of most ruins but is a breathtaking way to take in the vegetable garden and the view beyond it. 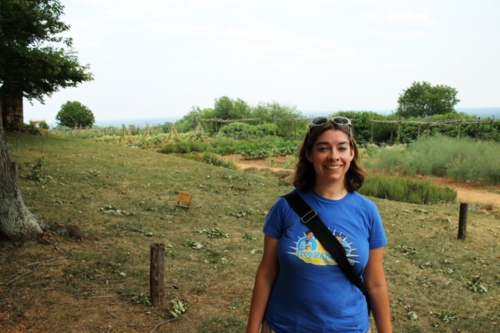 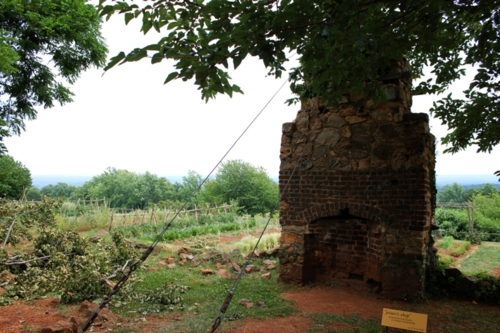 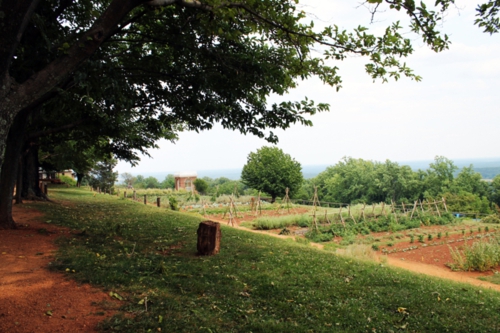 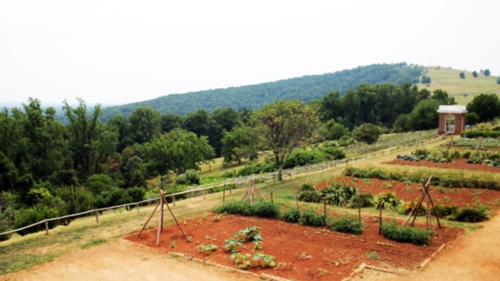 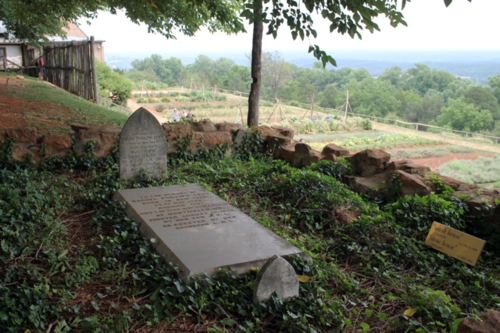 This is the grave of the mother of the man who bequeathed Monticello to the Thomas Jefferson Society. I can’t think of many nicer places to be buried. 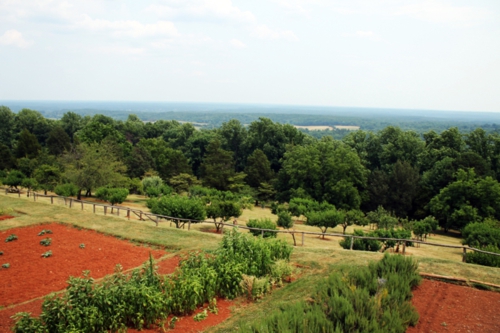 Tours of the house are included in the price of admission, and there are tours for the gardens and the history of the slaves at Monticello as well. We just did the house tour—it was hot and the house is air-conditioned. You are given a time for the house tour when you buy a ticket, and then you have to line up near the front of the house before it begins. Here’s the first view of the house from the tour. 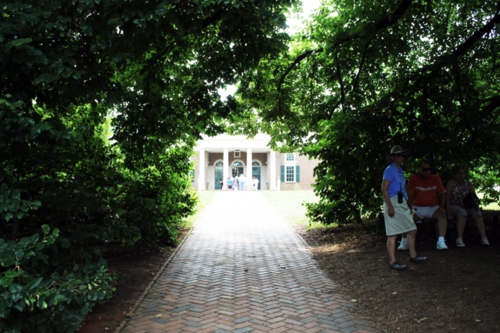 You congregate under some ancient trees before entering to wait until the previous group goes in. 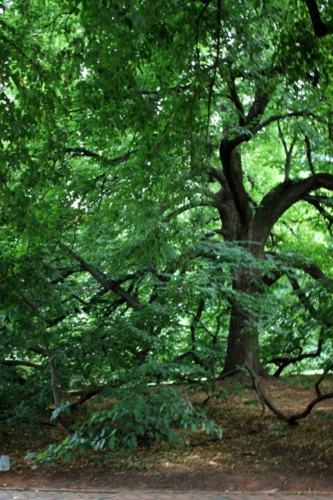 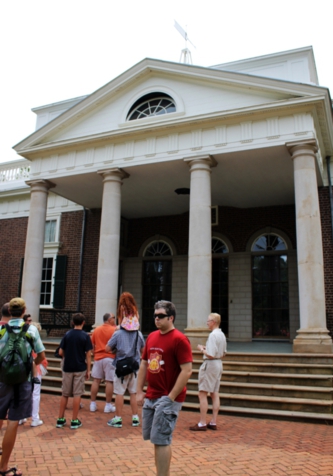 That’s the main entrance with a bored Ben paying no attention to the tour guide up front. He was bored the entire time—I loved it. There are no pictures allowed in the house, but it was so interesting to see the collections of curiosities, Jefferson’s gigantic clock right inside the entryway, and his impressive library. It’s a bit claustrophobic at times, so be warned. 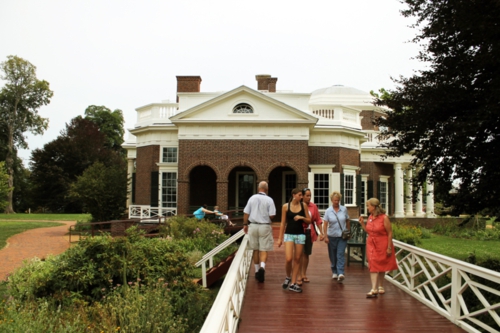 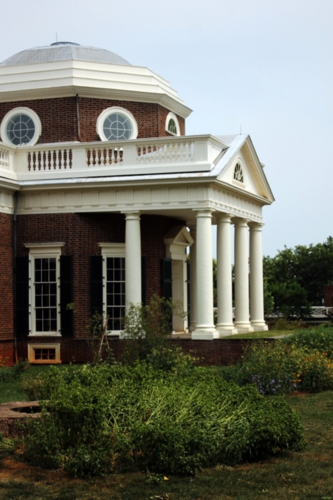 The back of the house. The parlor room leads out into those columns. 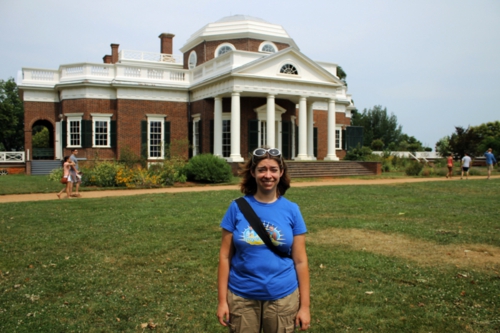 Me in front of the house. 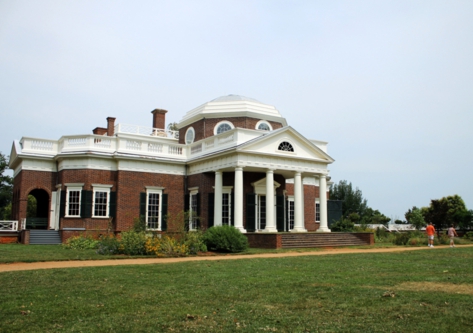 After the tour, there are gardens to explore on the grounds as well as the underground storerooms and workrooms beneath the house. 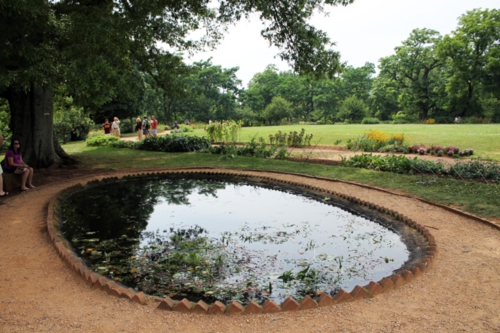 Fish pond where live fish were kept until they became dinner. 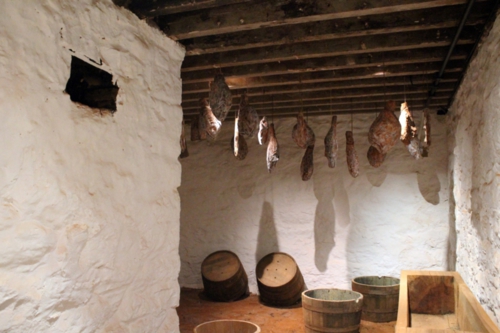 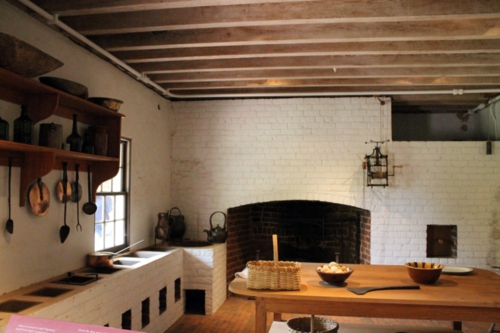 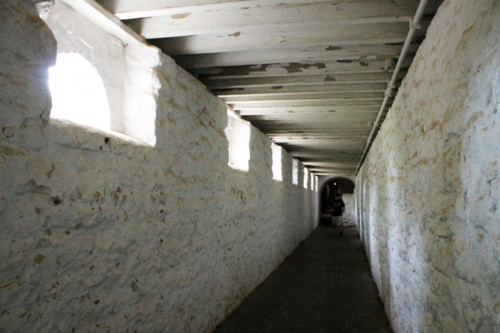 The halls linking the underground level. 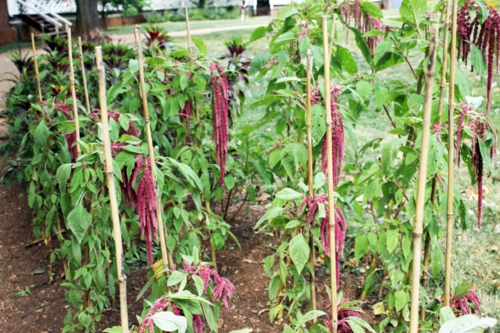 Interesting plants in the flower garden. 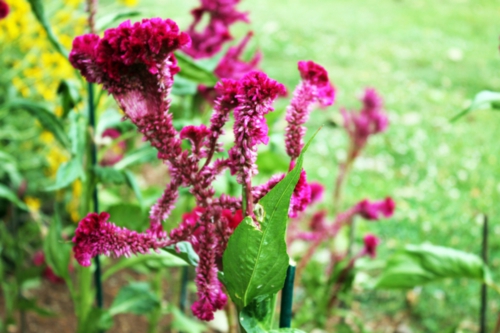 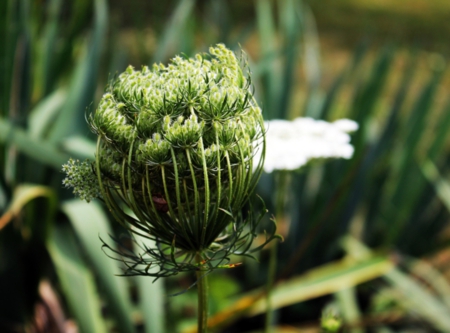 We were probably only there for about 90 minutes and the house tour took about half of that, but neither Ben nor I are big on displays or films at museums (okay, Ben’s just not big on museums at all), so we did not spend much time exploring those. After I had my fill of flowers, we took the trail back down to the visitor center, and we were off! 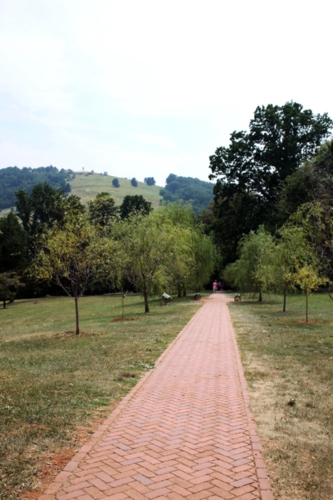 One last view of Mulberry road.

I definitely think the house tour is worthwhile, and I think it would have been great to take the African American tour of the grounds as well, getting a bit more insight into the everyday activities that went into maintaining an estate like Monticello and all of Jefferson’s business ventures. You do get a good idea of how it was more than just a family home at these estates. It was essentially a small town to itself—a small town with a great view that was ran by one of America’s brightest minds and statesmen. I think it’s worth the $24 for any fan of American history.