In Part 1 of our journey through two days of Brooklyn’s food and drink wonders, we started out in DC with some bacon and toffee waffles, then went to dinner at Buttermilk Channel in Brooklyn, and had brunch at Colonie the next day. Brunch was walked off with a visit to the waterfront and lovely views of Manhattan across the way.  Next, it was time for an early dinner before hitting Broadway for a show. We decided on Frankie’s, an Italian restaurant. 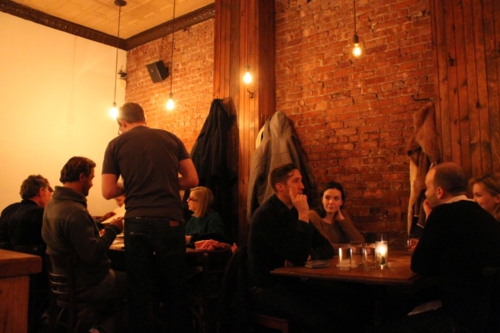 Frankie’s had soft, yellow lighting, brick walls and a very personable house staff. Like all the other restaurants we went to this weekend, they offered a variety of dishes of varying portion sizes: meat plates, cheese plates, small vegetable sides, single crostini orders, small plates of soups and salads, sandwiches, and large entrees.  I started with a Manhattan that Mike, one of our friends, highly recommended it at Frankie’s. 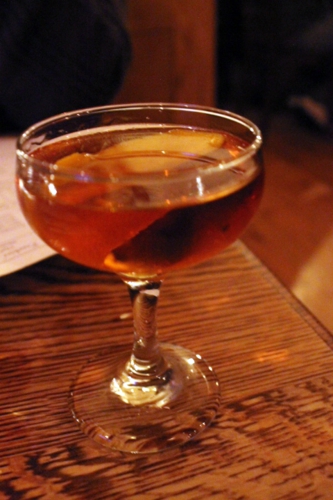 For a first course, I ordered a ricotta and prosciutto crostini. 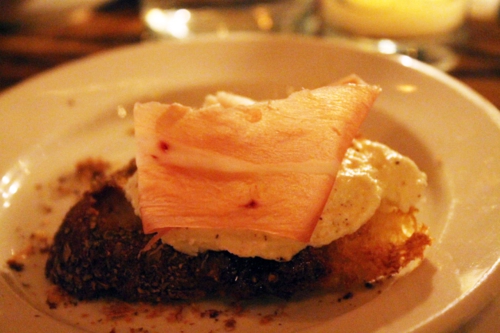 Their ricotta is dreamy. Definitely order a crostini if you don’t choose an entrée with ricotta in it, because you don’t want to miss out on trying it. For my entrée, I decided on meatballs made with pine nuts and raisins that were served with the house marinara. 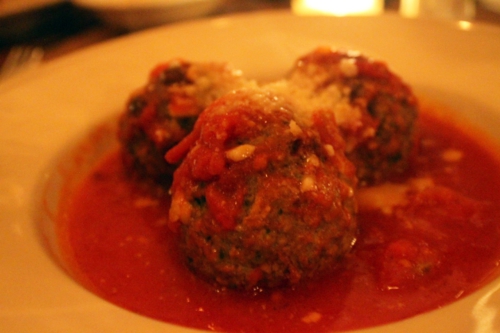 The sweetness of the raisins made the dish for me, enlivening the meatballs. The marinara was standard.

We waved off dessert at Frankie’s, because why have all our fun in one spot? Instead, we ended up at the Chocolate Room, a darkly lit dessert joint that specializes in chocolate, of course. They have about 4 signature desserts and offer a range of cakes, ice cream, and floats. Ben and I decided to split the black bottom butterscotch custard, one of the signature options. 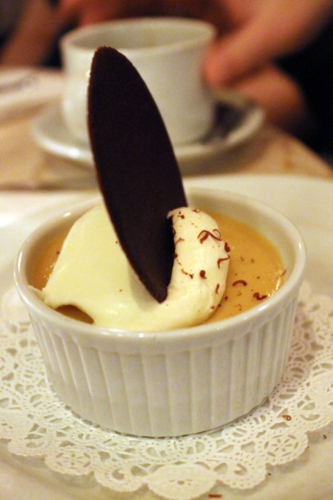 Dark chocolate hides beneath that delicious custard, which was amazing. What sold us, though, was the coconut whipped cream on top. Ben and I rarely say no to coconut, and it went wonderfully with the rest of the dessert.  At that point, it was time to catch a taxi and head off to the show! 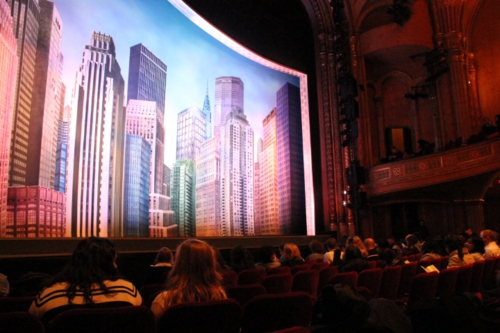 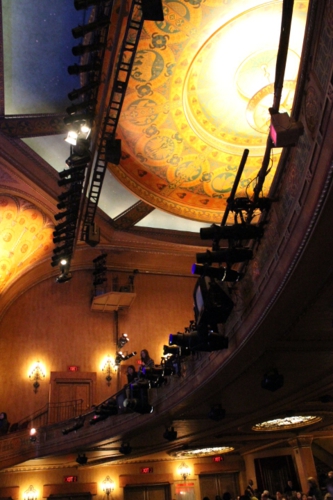 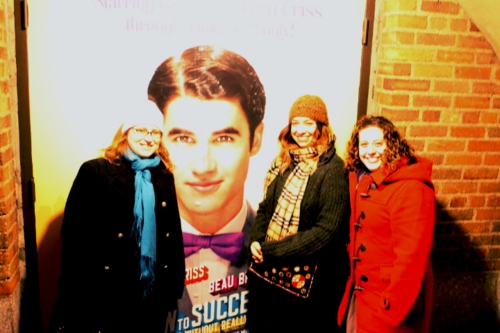 Whew, what a show! The musical was at the Al Hirschfield theater, and we had a great time.  But we were thirsty afterward so back to Brooklyn we went, this time getting let off at the Clover Club. It’s the sort of club that takes their classic cocktails seriously, filling the long drink list with explanations of different cocktail categories like punches and flips.  They do offer food—their potato chip bowl with an herbed crème fraiche dip was delicious, and the salty and sweet spiced almonds were eaten in record time. However, the drinks were our priority, and I dove right in with the Auto Bahn Bahn. 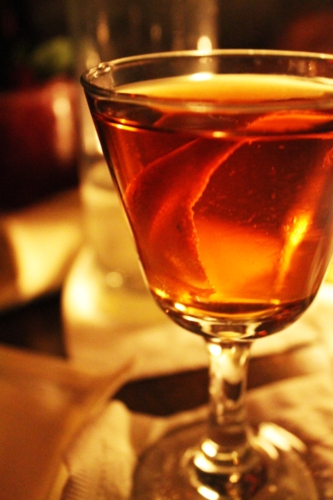 Rye whiskey, maraschino, absinthe, and bitters are the ingredients, and it made an elegant, stiff drink. My second drink was not as delicious, but it was certainly interesting enough to keep me happy. 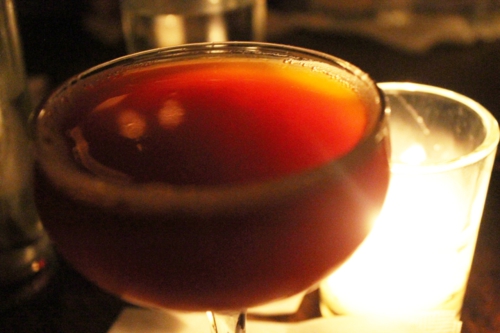 I don’t know what it was called, but it was a drink made with aged rum and maple syrup, and it was too thick overall. The flavors were rich and deep, but it’s not something I’d order again—and I certainly can’t since I can’t remember its name!

Our Brooklyn food tour concluded with bagels at a shop just around the corner from Mike and Pam’s place on Sunday morning. La Bagel Delight serves up a range of fast eats, and they stare you down if you aren’t ready to order fast, too!  The bagels come with heaping mounds of cream cheese—seriously, like a pint’s worth each. Take it home and put two-thirds of the cream cheese in Tupperware to last you through the week!

Thus endeth our Brooklyn food tour. Delicious food was had, and I was struck by how similarly the restaurants designed their menus and by how much New Southern cooking (for lack of a better tem) had infiltrated those menus. Another interesting fact was that most the places we went had WC written over the bathrooms rather than restroom or a simple ladies or men. Perhaps they feel a stronger connection to the old country in Brooklyn? Who knows?! It was a fun little quirk of the area, and Brooklyn is a great place to dine and drink.