Last month, Ben and I went to NYC to see How to Succeed in Business Without Really Trying on Broadway. You probably know by now that we went because I’m obsessed with Darren Criss from Glee, and he was starring in the show. In case you missed my review of the musical, you can read it here at All My Writers.

But this blog isn’t about entertainment—it’s about food and drink! And we partook of plenty of that in our two days in Brooklyn. We start in DC, though, because that’s where we picked up our friends Adam and Rebecca, who joined us for the trip. These pictures are horrible (bad cellphone, bad!), but you really ought to check out Buzz in Arlington, a coffee shop and bakery that offers some awesome wares. 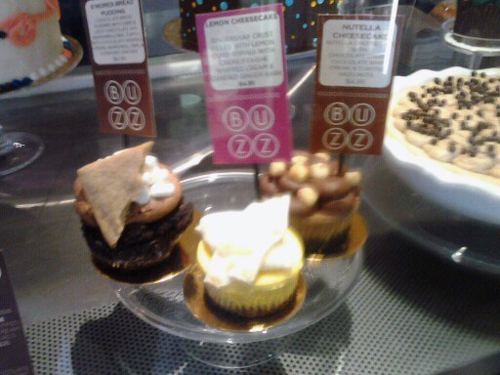 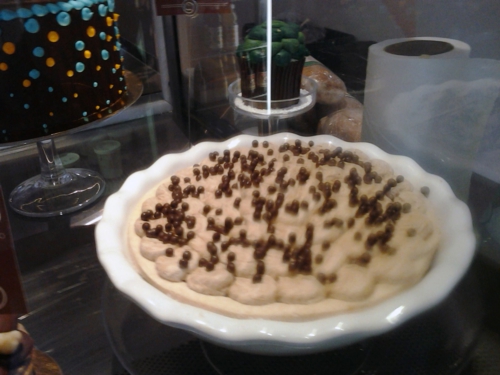 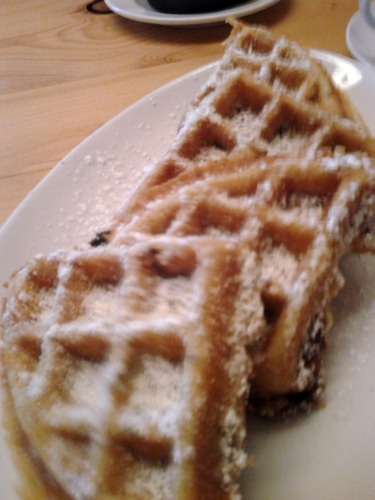 It’s the best idea ever! You absolutely do not need syrup to go with Buzz’s waffles because the sweetness is already baked in from the toffee bits. Combined with the salty bacon taste and perfectly crisped batter, it’s delicious.

We did not stay in DC, however, but continued up the Eastern Seaboard to New York City, staying in Brooklyn at the lovely home of two of Adam and Rebecca’s friends. They were wonderful hosts and took us on many walking excursions in the neighborhood to fabulous food and drink spots. 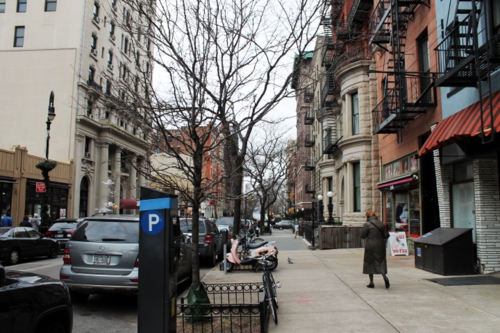 Walking the streets of Brooklyn

I didn’t take any pictures our first night at Buttermilk Channel, but I can assure you that the squash tart and cauliflower soup were delicious. I also had the Velvet Jack, a cocktail made with Laird’s applejack, Velvet falernum, Luxardo, and lemon juice. It was tasty, but I preferred their sazerac overall.

Buttermilk Channel’s menu caught my attention because the types of dishes offered were in the same vein as what’s popular here in the Triangle—Southern-inspired meals that focus on healthier preparations using local meats and produce.  Chicken and waffles is a signature item on their menu. Also interesting to me was that they offered a small menu overall of small snacks, small plates, large plates, and charcuterie and cheese plates. Every single restaurant we went to this trip had that same breakdown of menu items regardless of the cuisine they offered. 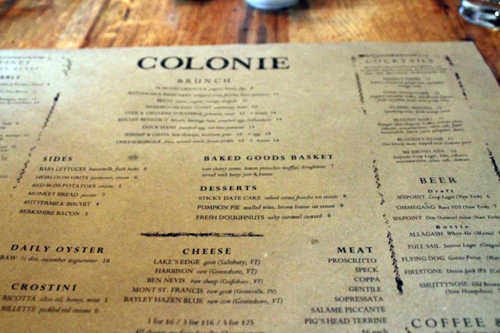 See those menu categories? They were the same everywhere!

The next morning, Colonie was our choice for brunch. This is when I learned a fabulous fact about the Brooklyn brunch scene: it doesn’t start early! We arrived shortly after Colonie opened at 11 am, and there was no line and plenty of empty tables. I was shocked! In my experience, brunches get slammed in the midmorning hours, and if you don’t want a long wait, you need to arrive before 9 am, which means I rarely actually make brunches because I’m a night owl. Colonie was only close to filling up after we left an hour later. Brooklynites, I approve of your sleeping-in tendencies. Bravo. 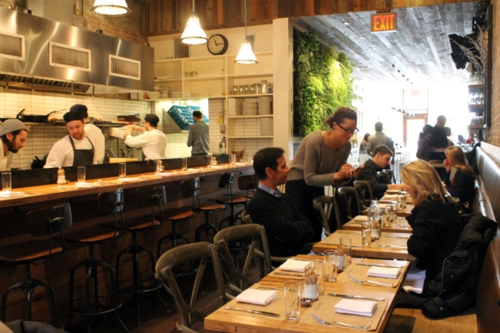 The atmosphere was lovely at Colonie, and the wall of herbs that you pass on the way to the open kitchen and back of the restaurant adds a pleasant burst of green to the joint.  We started with a baked goods basket and a serving of sweet monkey bread for the group. 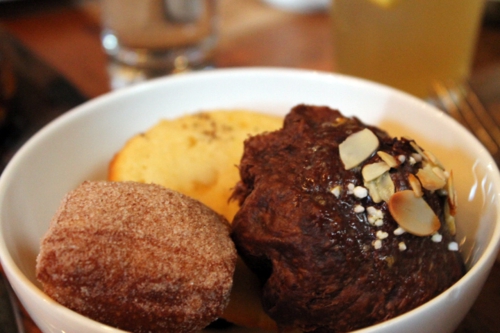 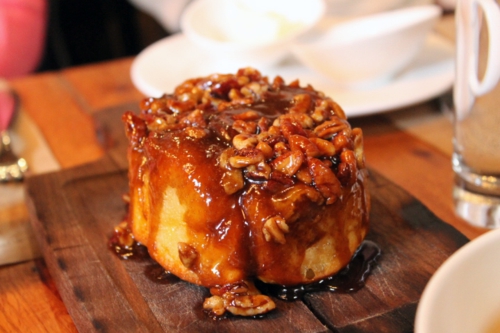 Their monkey bread, which was basically a giant cinnamon roll.

Both baked good selections were gobbled up, but the monkey bread definitely earned the highest accolades. For the main entrees, my husband enjoyed his duck hash, and the (surprise! Southern influence!) shrimp and grits are a favorite of our hosts, Pam and Mike.  I opted for the leek and gruyere scramble. 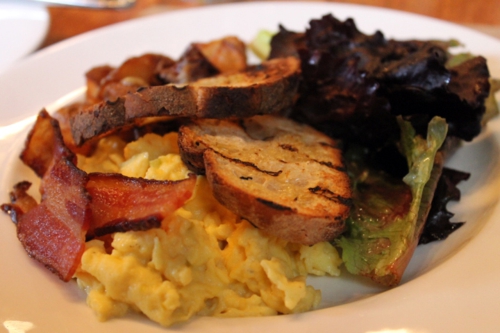 It was good, but the leek and gruyere did not impart much flavor, which disappointed me. The french press coffee did not, however! Restaurants with good coffee are always worth noting.

After that meal, it was time for a stroll toward the water to see the view of Manhattan. 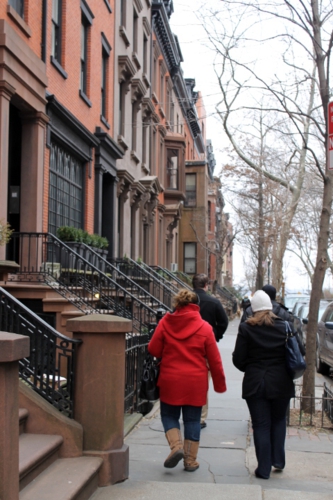 Making our way toward the waterfront. It was freezing! 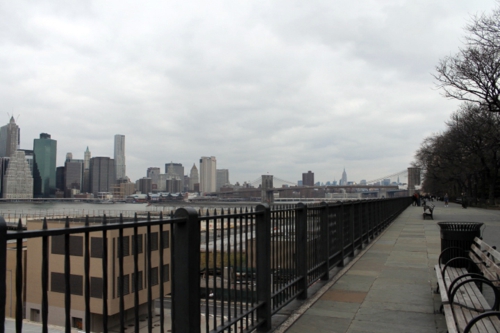 Lower Manhattan and the Brooklyn Bridge

Panorama of the view

This was a wonderful view. Click on the photo for the full-size view. The Statue of Liberty is on the left and the right side takes you across the Brooklyn Bridge.

That’s enough for this blog post! The next one will include dinner at Frankie’s, dessert at the Chocolate Room, and aftershow drinks at the Clover Club.