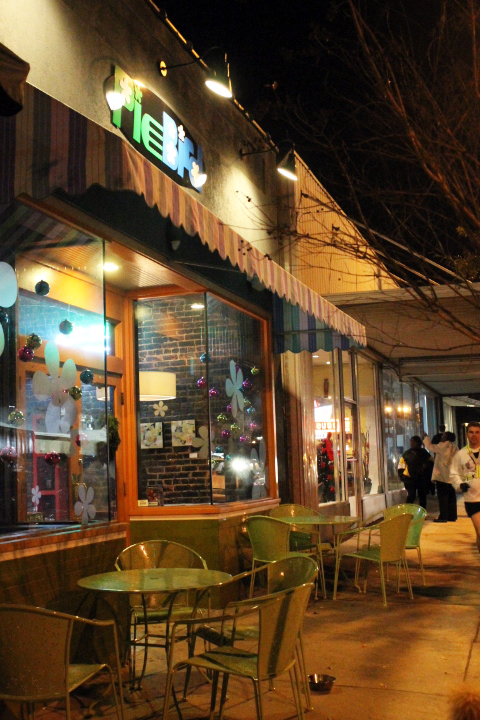 PieBird is a cute little restaurant situated in the northern end of downtown Raleigh, almost at the Mordecai neighborhood. As one might guess from the name, its primary focus is on pies, both sweet and savory. For lunch, salads and hand pies are available until they are gone, and dinner has a focus on pot pies and shepherd’s pies, though there are daily specials as well. Dessert pies, however, are where they are making the most waves in the Triangle food scene, and I think that’s an earned acclaim.

The setup is one long brick wall of seating with bar seating across the way. 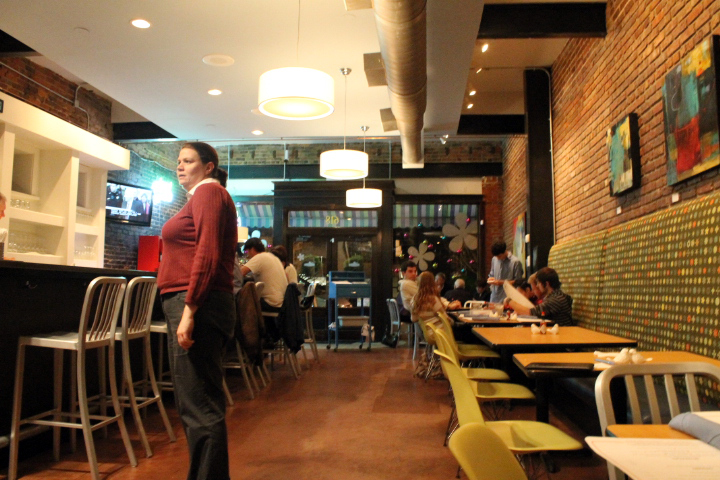 I especially liked the pastel blue napkins and the bird salt and pepper shakers that my friends insisted on posing for me. 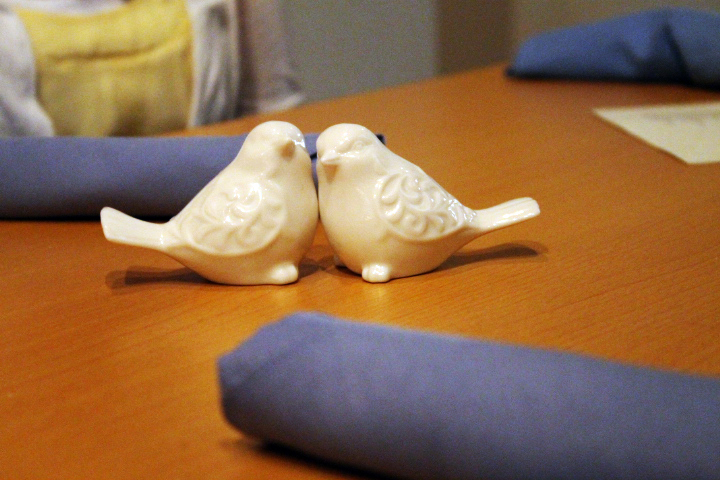 We went at dinner time, and most of the entrees come with a choice of changing sides. I decided on the panzanella salad for my side. 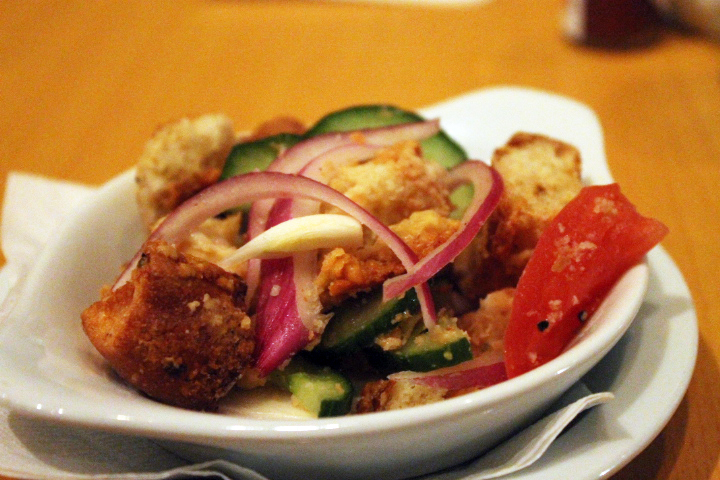 I was very pleased with it. The last time I ordered a panzanella, mysteriously, there was very little bread. Not so at PieBird! It had plenty of croutons about halfway between crunchy and soggy, the right texture I think of when I picture panzanella.

Most of my friends tried out the various pot pies. The curry pie was praised well above the chicken and shepherd pies. Mostly, the responses to the chicken and shepherd pies were that they were good and filling, but not quite good enough to get that homey feeling you expect from those dishes. I didn’t try them, so I can’t weigh in. Instead, I was seduced by the daily special, a tomato pie served over aged balsamic. 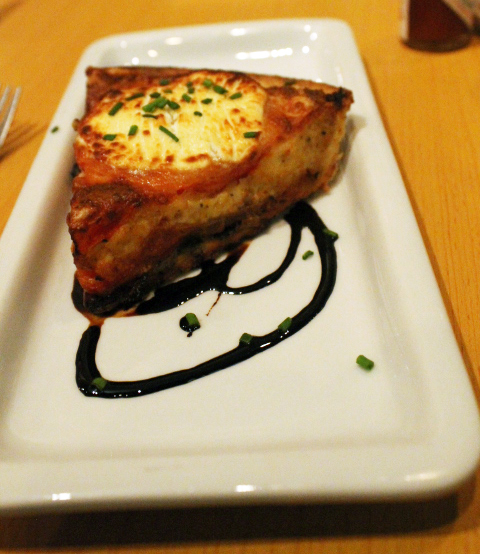 It was very good, though the tomatoes were not as flavorful as expected. But the crust and the filling wrapped them up nicely, and the balsamic lent liveliness to each bite.

Dessert, however, was the most anticipated course. I had tried PieBird’s chocolate cream pie on Thanksgiving, and it was excellent, somewhere between pudding and mousse on the fluffiness scale and served in a chocolate cookie crust. Everyone really enjoyed their various takes on chess pies this evening. The Blue Bird of Happiness was a favorite, served on an oatmeal cookie crust and sprinkled with sea salt.

Let me take a moment to talk about PieBird’s chess pies. They have a very thin layer of filling, but that layer is so dense that you don’t need more—they’ve somehow found the perfect ratio of concentrated filling to pie crust. I decided, however, to have the pumpkin cheesecake rather than a chess or fruit pie. Frankly, my memory is failing me on what the ice cream was—possible something sweet potato? 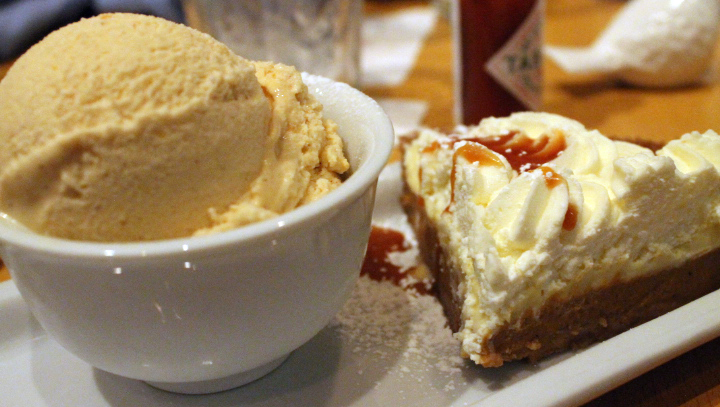 Again, the filling was great, and that fairly thin amount of cream cheese you see was tasty and made the already creamy pumpkin even creamier and delicious. However, the whipped cream was just too much with all the other rich dairy, so I scooped most of it off. The ice cream, however, was a disappointment as it was pretty icy and not packing as strong of flavors as I like.

If you are looking for different takes on chess pies or cream pies, definitely stop in at PieBird. Dinner was pretty good, especially the panzanella salad, but be forewarned that it’s hard to save room for dessert when you’re already eating pie for dinner! If you do try and brave it, opt for the curry pot pie or a daily special.

who would be an

if ratings were based on pies alone.