I headed out of the restaurant after dinner on my first night in Minneapolis, only to find myself in the middle of a finish line! 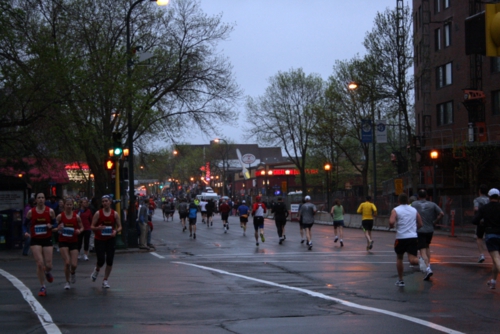 There were no signs of a race at all when we went inside, I swear! It was hilarious to suddenly have the whole street transformed. After a few minutes of wide-eyed staring, I continued my journey to the Walker Art Center, which had been highly spoken of by a few Twitter friends. On the way, I passed through Loring Park, a lovely green space just to the west of downtown. 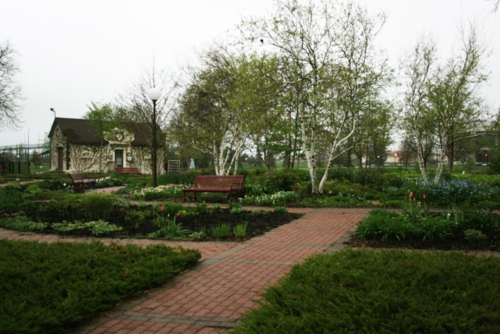 The Walker Art Center was across the road, and it was amazing. 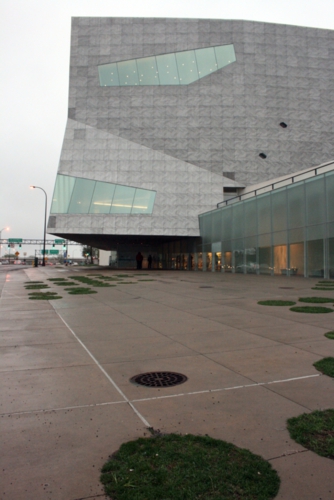 In addition to the awesome exhibits, it’s in a very scenic strip of road, wouldn’t you say? 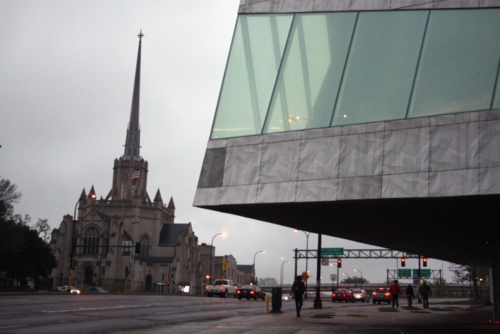 Those exhibitions blew me away. I don’t have many pictures of them, just of the space in general, 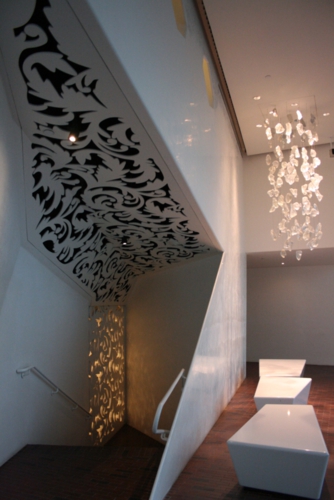 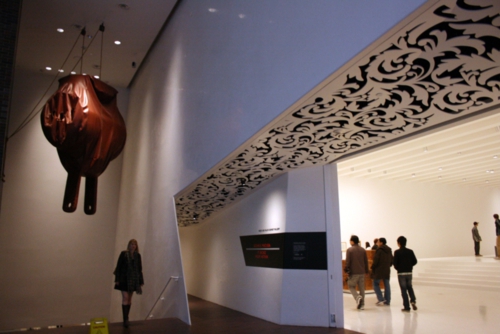 but man, they must have exceptional curators. All the exhibits seemed tied together by a thread of the horrific, and I was mesmerized.

Midnight Party was centered on a strange film of the same name and filled with creepy, yet beautiful pieces of work. The 50/50 exhibition featured works half chosen by the curators and half chosen from online voting by the public to decide which pieces to include from the museum’s collection—and both featured some rather disturbing and entrancing pieces. There was also a section called the Cabinet of Curiosities, and I walked through the whole thing with a dropped jaw, taking in the fanciful, bizarre art and artifacts. Combine all that together with the eerie music streaming through the whole museum from Misa Masaoka’s laser koto performance and it was an experience I won’t forget. If all of the Walker’s exhibitions are this well coordinated, you must check it out.

To shake myself out of the enjoyable horror of art viewing, it was time to take a picture of the Hennepin Avenue Methodist Church at night. 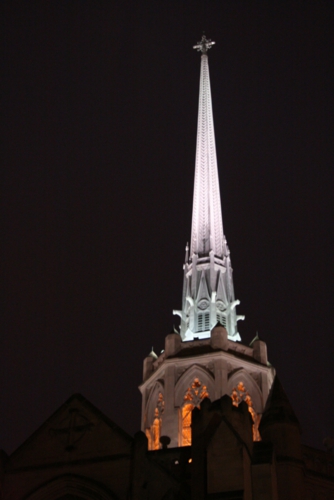 And then it was time to drink! Those two things go together, right? Ben and fellow con-goer Daria (who’s super awesome and now doing a radio show with Code Bass, Ben’s side endeavor), and I ended up at the Barrio tequila bar, which was awesome. The atmosphere was perfect for me with rich reds and blacks, a candleholder overflowing with the ghosts of white candles gone, and plenty of great drinks, not to mention the millions of tequilas and mezcals on hand. I can recommend the Macho Camacho!

An important task awaited me the next morning: see the Mall of America. I simply couldn’t go to Minneapolis without checking it out; I am not a shopper by any means, but I am a tourist by all means. On the few short blocks it took me to walk to the light rail station, I found myself again surrounded with awesome architecture and art, including a very odd sculpture garden. 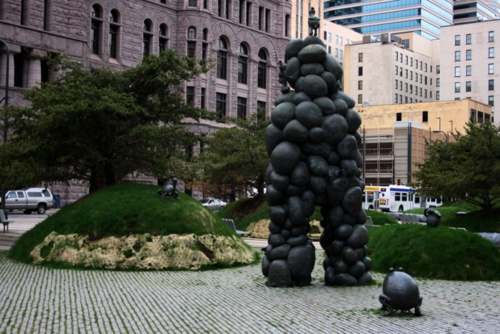 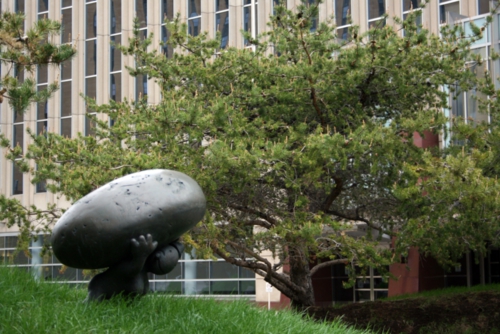 I can’t even begin to guess what that was all about. 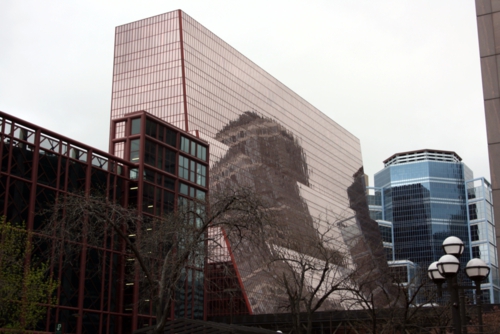 This was perhaps my favorite building in Minneapolis. The color! 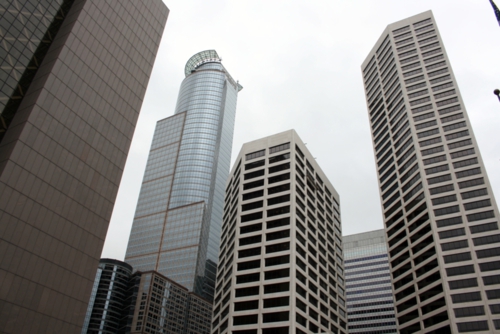 After a 30 minute light rail ride, I saw my first view of the Mall. 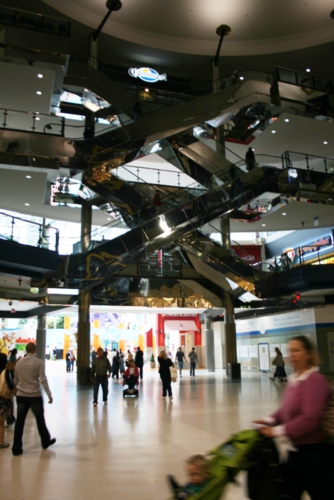 Yeah, not so exciting. It’s just a mall with three stories of shops and a fourth story with a theater and additional restaurants. The only thing that makes the Mall of America awesome is that it rings around the Nickelodeon Universe. 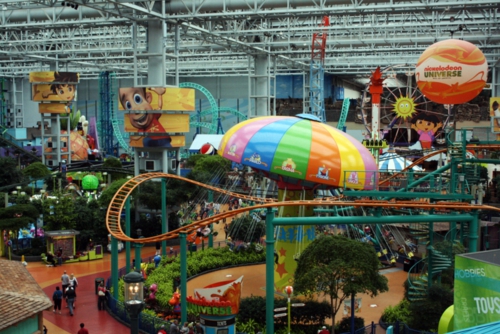 If you don’t know that I’m a huge fan of amusement parks, well, you do now. I spent, oh, two hours straight going on the rides at the park. The best of the bunch was the BrainSurge. 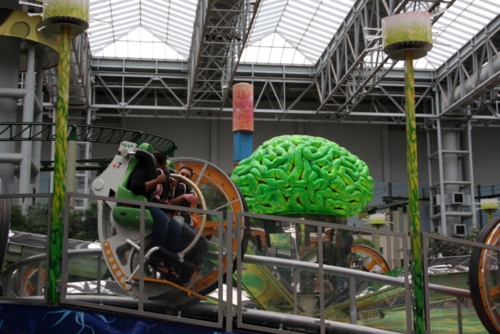 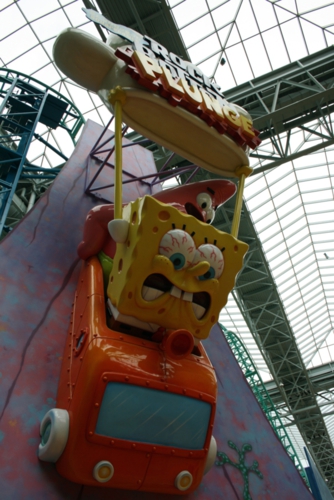 and the Tak Attack. 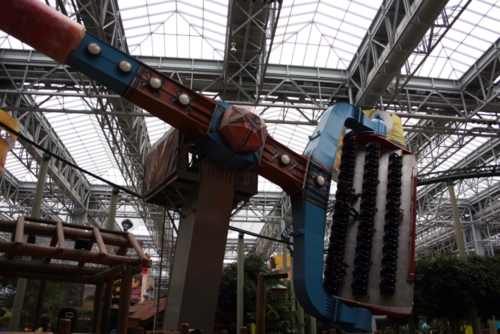 A few more pics from the Nickelodeon Experience for you. 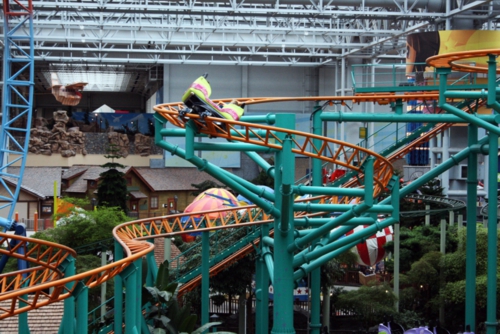 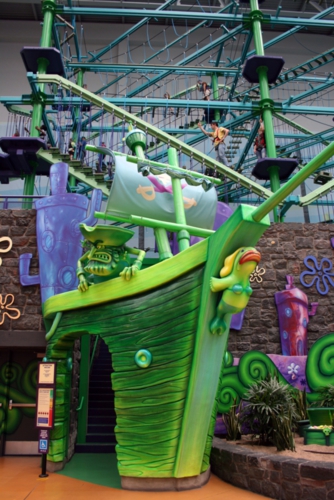 Yes, I did check out the actual stores in the Mall, with the most awesome being the Lego Store. 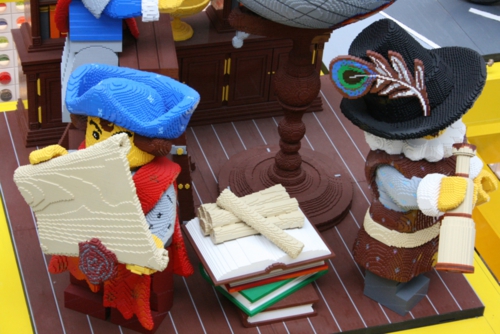 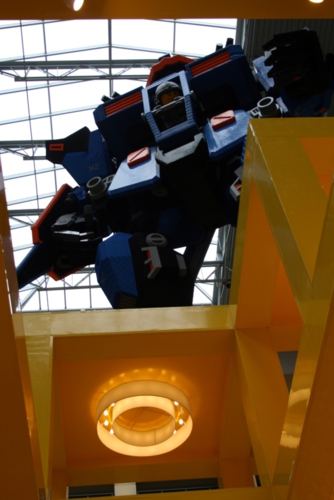 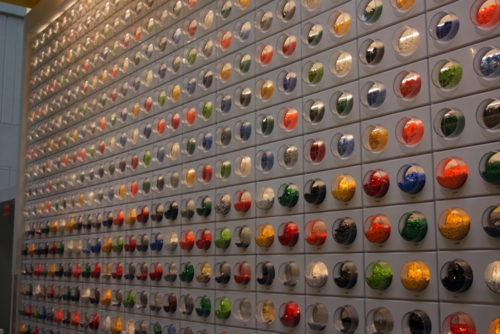 The wall of Lego. 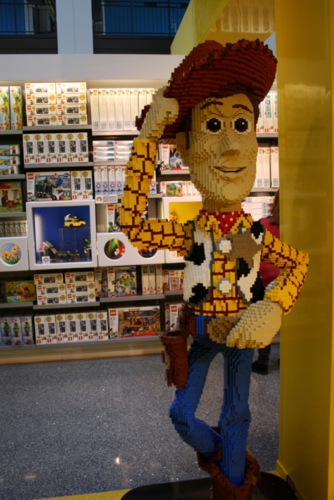 As for the other stores? Eh. But there were a few pretty photo opportunities. 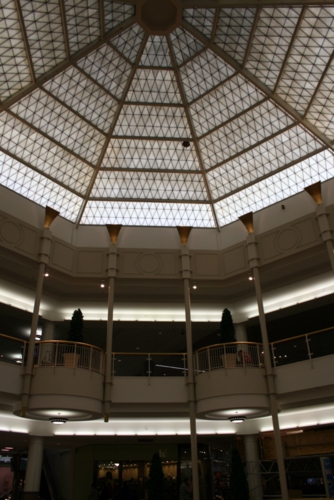 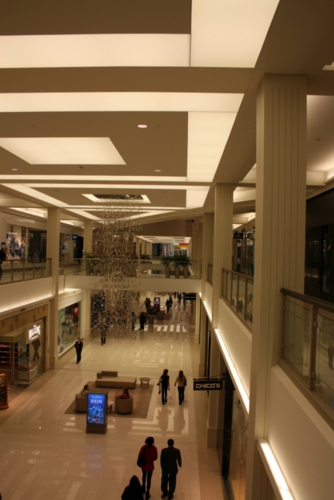 If I go back to Minneapolis, I don’t think the Mall will be on my list of to-sees again. I know, I’m bad at this girl thing.

Next up on the agenda was hanging out while Ben, Adrian, Bucky, and a whole lot of guests while they broadcast Runtime Expectations live from the conference! Now, I don’t understand the vast majority of what they talked about since I prefer to live in denial that programmers actually make things happen through anything other than magic, but I did have to jump up and join in on some politics talk—it’s my weakness. Here’s the crew early on in the broadcast. 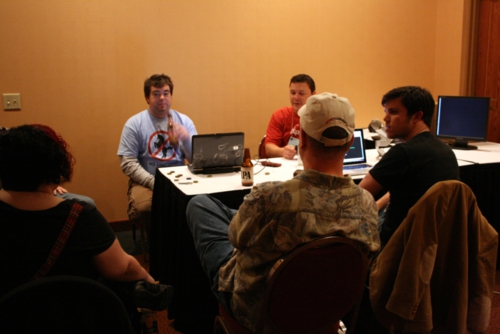 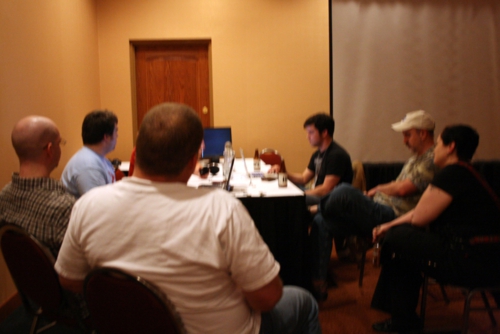 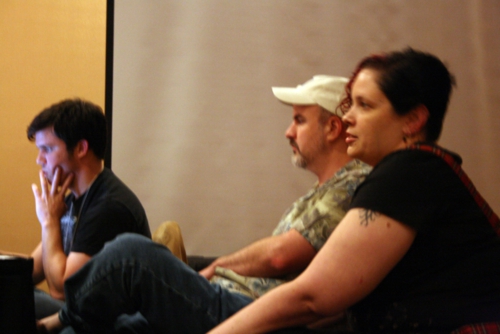 After the show, I insisted on dragging everyone along to the Local, a trendy Irish pub on Nicollet Mall known for their whiskey drinks. For four years straight, they’ve been the bar that sold the most Jameson whiskey in the world—pretty awesome for Middle America, no? Seriously, who knew Minneapolis was so cool? Stereotypes are so overrated. Recently, the Local has started making their signature cocktails with 2 Gingers Whiskey instead, a special Irish whiskey created by the bar’s owner. Combined with ginger ale and some lemon and lime, it makes up the Big Ginger, the Local’s favorite drink. 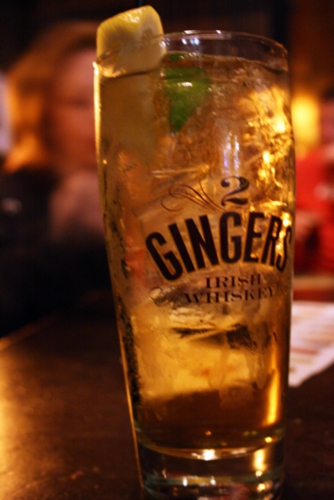 For a drink made with ginger ale—not my favorite mixer—it was pretty good. I’d take the Epilogue over it any night, though. 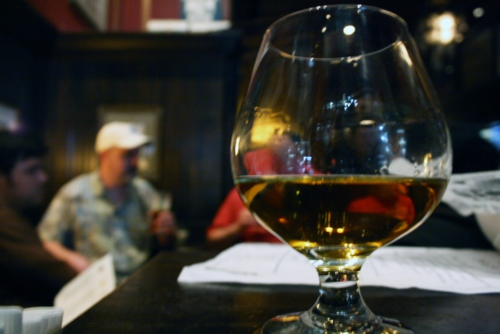 Oh my word, that was perfection. It was made with the same 2 Gingers whiskey, but it was infused with cardamom. I drank three, people, three. I couldn’t help myself. You absolutely must try it if you like your liquor strong and filled with spicy, delicious flavor. So smooth, so satisfying.

The next Minneapolis blog will be on Day 3, including some lovely views of North Minneapolis, the St. Anthony Falls, and a tour of the Mill City Museum. Hope you’ll join me!