Vinos Finos y Picadas is a South American wine bar in the new Lafayette Village shopping plaza that’s designed to look like a European village in the tradition of Epcot and Las Vegas before it. 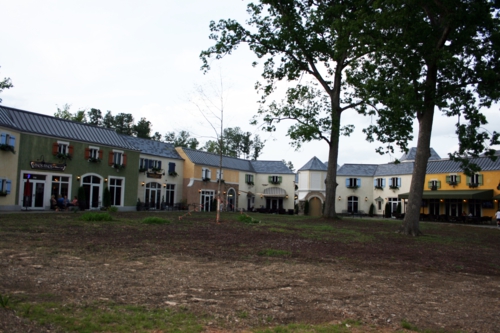 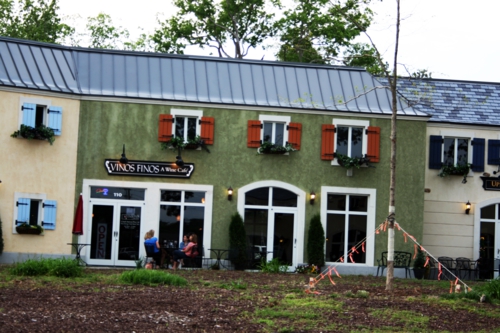 It’s an attractive spot to while away a few hours, presuming you get some space outside. As for the wine bar, it has a lovely atmosphere with a fun design from their curved wall of wine, brown or black leather chairs, and dijon-colored walls. 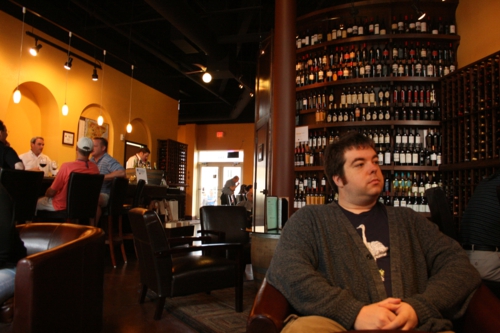 It was cozy and surprisingly crowded for a Wednesday night. The clientele was mainly people in their late thirties to seventies, which is a good mix for a relaxing evening of wine drinking. Glasses of wine are available in 3-ounce and 6-ounce pours, and 35 wines were on the list. We ordered a bottle of malbec, which was great and priced nicely ($29, I think), and then we placed our attention on what to eat with it. The mini tabla mixto ($10), the smallest version of their meat and cheese platters was the first we tried. 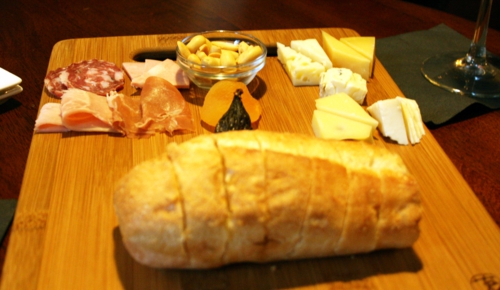 All of those cheeses were delicious and came from a variety of spots around the globe. The meats were also good, if not as memorable. The bread was soft and delicious. A few more bites of fruit and bread would have rounded out the platter well. We also tried the provolone al horno with ham and herbs ($7.50). 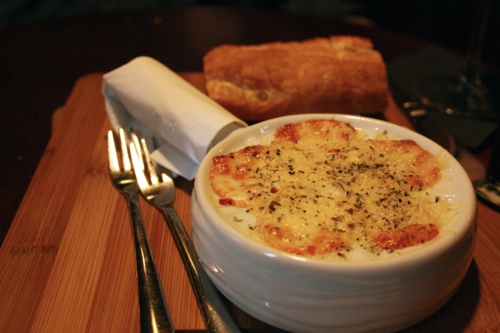 They provide a cute presentation of what I thought was a bowl of melted cheese. The pot actually held just six little dollops of melted provolone with the ham and herbs mixed into it. The herb flavors made the cheese pop as we plopped them into our mouths, but I did think it was overpriced for the amount of food involved. Other snack options include beef empanadas, nut mixtures, olive oil and herbs, olive tapenade, and a veggie platter with artichoke hearts, hearts of palm, and red peppers drizzled with a creamy salsa dressing.

I was expecting more substantial fare for the prices, but if you go into Vinos Finos y Picadas knowing it’s very much a wine bar and the food is only there to provide a bit of substance, you probably won’t be disappointed. The atmosphere was great and both the owner and our server were quite nice and helpful. I also question only offering flights of wine on Mondays—wine flights are something I appreciate so I can get a variety of flavors to compare. Of course, you could argue that I should just pick out a few 3-ounce pours then, but don’t underestimate my laziness, folks. Less choice makes my life easier.

If the food was less expensive, this rating would be bumped up a level. Instead, it’s a

Worth spending the evening at, but make sure you eat first.