Folks, I have been back to Market, and I can unequivocally bump up my rating for them to an

If you’re interested in my first blog on them, head here. Would you like to know why I’ve given them extra points? Well, it all boils down to my sweet tooth. 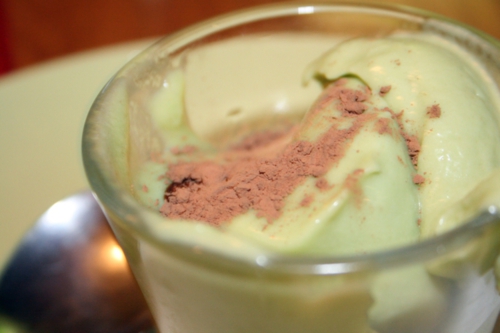 That, dear readers, is something you should be heading toward your cars for right now. Seriously, head out to the car and drive on down to Market because their avocado-coconut gelato is freaking insane. You already know that avocado can do no wrong in my eyes; frankly, I think it’s vying with dark chocolate raspberry truffles for my favorite food in the world these days. What Market has done with it for this dessert is combine it with coconut, another of god’s greatest gifts to the world, and turn it into a luscious, rich, silky, buttery, insert 50 other glowing adjectives here, divine treat that I wish I could buy by the gallon. It’s that good, and it went very well with my second dessert of this trip (yes, I only had dessert and I laugh at your judgment). 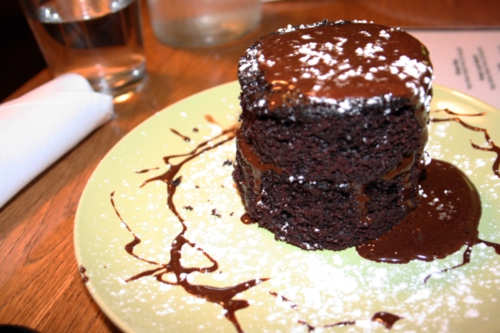 This was a vegan chocolate cake made with husks from Market’s neighbor, Escazu, and with an unhealthy dose of chocolate sauce to wash down the chocolate. Now that was one dense dessert. I could only eat half, and it was a struggle to get that far just because it was such a concentration of chocolate in every bite. Without the avocado-coconut gelato, there’s no way I could have eaten even that much. Which isn’t to say I didn’t like it — it was great! It’s worth mentioning that my companion for the evening also enjoyed her rockfish dinner with an asparagus risotto cake and saffron sauce. It was a lovely presentation, which is something Market excels at. 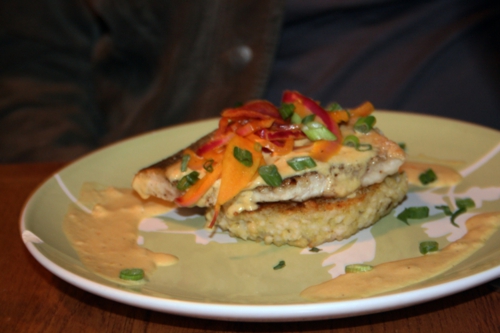 On this journey wherein I encountered avocado bliss, I also tried two of Market’s cocktails, taking advantage of their half-off prices during Yelp Drinks Week (thanks for letting me know about it, Christina!). The Ginger-Slap managed to have a great amount of flavor for a drink with ginger ale. 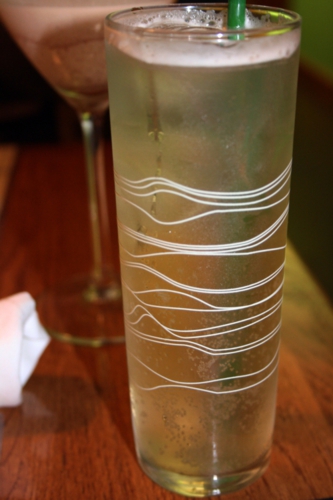 Similar drinks often end up fairly flavorless and uninspired, but I’d drink that one again, though it wasn’t my favorite of their options. That would be the Pretty Lush Martini. 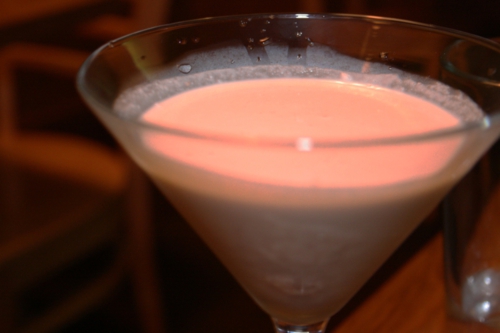 That’s not an attractive photo, but rest assured that light pink was much prettier in person. It was a coffee mixed drink, and I found the coffee rather understated (my friend found it overstated, for the record, but she’s not much of a coffee drinker) and was impressed that the drink somehow had a light berry flavor to it. It combined all the elements of a dessert course into a cocktail — coffee, cream, and berry all chilling together in appropriate proportions.

What you should take from this rating increase is really that Market’s desserts and drinks help round out an inventive menu that’s well worth giving a try. If you do, let me know — I need more of that gelato, badly.