Christina G. (@yelpnctriangle), the wonderful manager of Yelp for our area, invited me plus the husband to come to their free Pop Culture Palooza event this last Friday. Pop Culture was a bit hard to dress for, so we didn’t attempt costumes, but there were a few mild takes on Lady Gaga’s style and plenty of guys walking around in heavily white-embossed, vintage-style shirts.

We were allowed to pretend we were elite yelpers, which got us in an hour ahead of the large crowd of around 200 in all. First off, Legends, in downtown Raleigh, is wonderful! I’ve heard its name plenty of times, but I just hadn’t managed to check it out before. It’s a gay and lesbian club, but straight folks are allowed too. As was the case in Santa Cruz, gays and lesbians have the best clubs (still sad the Dakota closed)! The place is huge with a couple different bars, comfy red couches throughout, a dance floor, theater for drag shows, and a pretty courtyard outside.

For this event, that courtyard was full of free beer offerings from New Belgium, vitaminwaters galore, and great saxophone playing by Gavin Munoff. I only wish he had a band to support him; he was great!

The best part about coming early was no line for the food served up by Market Restaurant, Sono, and the Oxford Gastropub. I was very excited to try some of Market’s food as they have a lot of buzz. They brought a creative offering in the form of tofu chips and salsa.

The chips, cut about a quarter-inch thick, were, I think, fried, and I was happy with them, definitely something worth trying at home! Ben was not made a tofu convert, though. The salsa was fantastic, incredibly flavorful and had some licorice spice to it that the chef told me was star anise. He also described about five different peppers that he used to make it. It was a delicious and intriguing change from regular salsa flavors. Market also had a wonderful bread pudding: rich, buttery, and silky (per @MarketRaleigh, it was a cinnamon bread pudding with Kraken rum anglaise).

Sono supplied an assortment of their standard sushi rolls, and we were amazed they were able to keep up with a group that large!

Ben was especially excited to have sushi, and they even had a sashimi offering to make him happy. The sushi was delicious, so I now have more reason to step inside their alluring black and red restaurant when I walk by it hungry again.

The Oxford Gastropub offered bacon-wrapped scallops, upscale takes on tortilla rolls, and an absolutely wonderful crabcake. Seriously, make sure to try their crabcakes at the restaurant.

After food, I decided it was time to get my makeup on at the Gaga Glam Lounge, with free makeup design offered by Paint Savvy. It was down in a little alcove near the View entrance of Legends.

Here’s a gorgeous purple butterfly they did on another partier’s face. 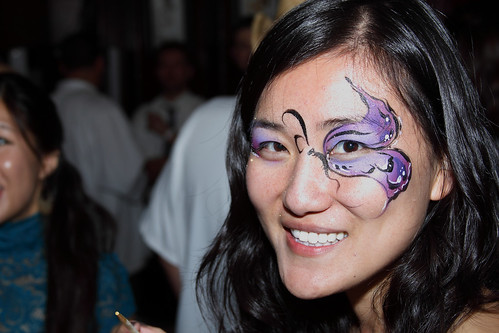 And my much tamer splash of green to go with my shirt. 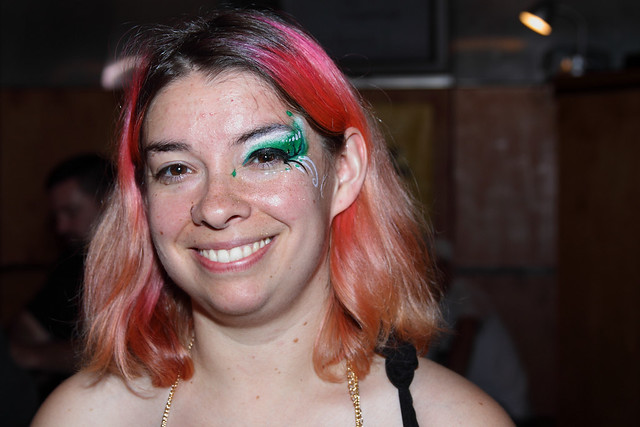 Lest I forget, there were also free drinks supposed by lovely and local Carolina moonshines Catdaddy and Midnight Moon. Maker’s Mark also gave away free cocktails, and I must admit, I still liked it better than the two moonshines, but I’m a bourbon and whiskey girl. The moonshines are great alternate base liquors, though. I preferred the Midnight Moon, which was smooth while the husband liked the sweeter and more floral Catdaddy more.

There were two shows put on during the evening, the first of which was a Match Game show by Dirty South Improv, with Sarah Palin, Randy Savage, Charles Nelson Reilly, and  . . . Diane Rehm? I love that Diane Rehm is known well enough in my generation to be impersonated. Let’s just say jokes were had about her nonfurry puppies and Sarah Palin’s desires to drill, baby, drill.

After the Match Game show, we decided to try mberry’s flavor-tripping station. Mberry is a tablet made of berries that enhances your tastebuds. 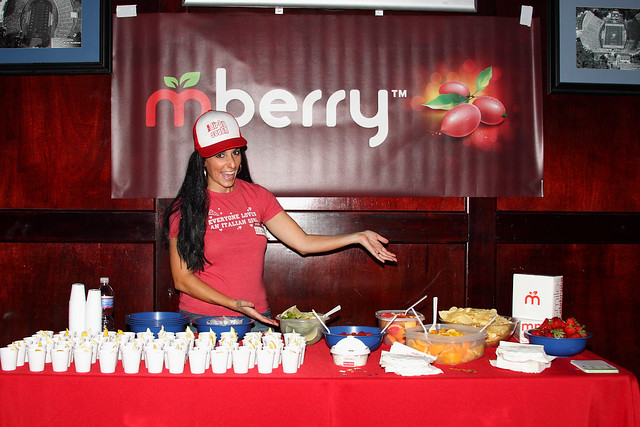 You let the tablet dissolve on your tongue, then try different foods out. It was definitely easier to suck on a lemon wedge than normal, but other than enhancing sweetness, I didn’t get much out of it when I tried salt and vinegar chips, strawberries, or balsamic vinegar. We were simultaneously confused as to if we should have noticed more effects and wondering if the strangeness of what we tasted was a desirable effect or not.

Next up, we were entertained by Legends’ cast of drag performers, and they put on a great show! I am continually impressed by how anyone can pull off dance moves that well in high heels. The crowd loved their performances. 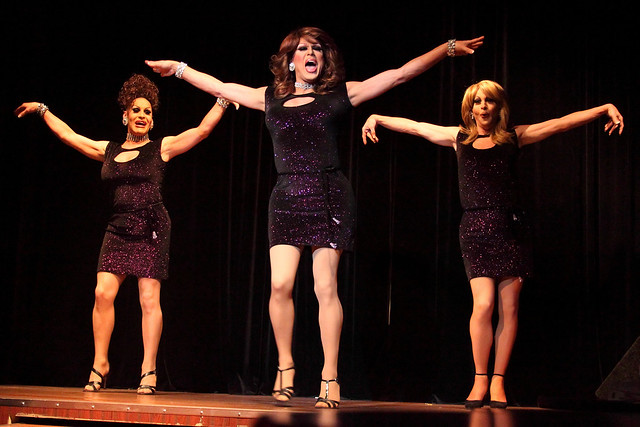 The Reba impersonator was absolutely perfect in getting down her mannerisms and style. Was this next one supposed to be Gaga? You tell me, since I’m sure nine-tenths of you are more knowledgeable about pop culture than I am. The performer, Coti Collins, is full of energy; she nearly rocketed off that stage. 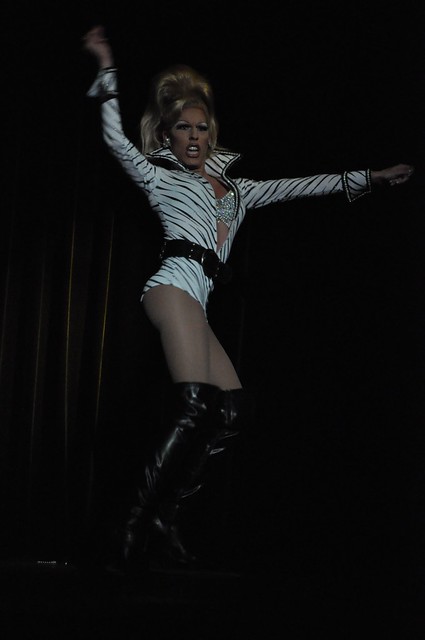 Man, does Yelp know how to throw a party! I need to get myself an account so I can rsvp for the next one. My camera was on the fritz, so these pictures are by Yelp user Phil G and Durban Rhame Photography. Here’s Yelp’s blog on the event, and if you want more pictures, head to their flickr photostream of the event. I hear that Yelp’s next one will be more on the charitable side, somewhere in Durham, and I’ll be sure to pass along that info once I know.

Thanks for the invite, Christina! It was a fabulous evening in Raleigh.